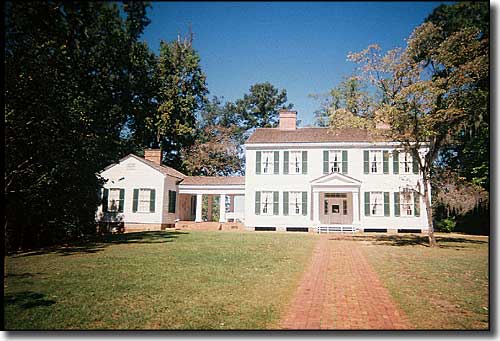 The rear of the Gregory House at Torreya State Park

The 12,000-acre Torreya State Park is also a U.S. National Natural Landmark and historic site located about 13 miles north of Bristol along the Apalachicola River. The park has some extremely varied terrain for Florida: high bluffs covered with pine forest and extensive ravines dropping to river swamps. This is the area that one Biblical scholar declared to be the Garden of Eden. One of the reasons is the rare Torreya tree, a species that grows only along the river bluffs in this area: the Torreya tree is supposedly the same wood that Noah used to build his famous ark so long ago.

During the First Seminole War (1817-1818), General Andrew Jackson and his troops crossed the Apalachicola River here. During the Civil War, the Apalachicola was considered to be of such value the Confederates built a six-cannon battery here to defend the river from Union gunboats. The remains of the gun pit are still visible in the park.

The Civilian Conservation Corps came here in 1933 and started to build the infrastructure of the park. In 1935, they crossed the river to the old plantation at Ocheesee Landing and disassembled the Gregory House, carried it across the river and reassembled it on the park grounds.

Among the endangered plants you might find here are the feathery false lily of the valley, Few-flowered croomia, bloodroot and Canadian honewort. But come here in the fall and the beech, hickory, sweetgum, southern sugar maple and sourwood will deliver what is probably the best fall colors in Florida.

The wildlife includes raccoon, opossum, skunk, fox, white-tailed deer, squirrel, bobcat, rabbit and black bear. There's all kinds of reptiles and amphibians, too, among them the gopher tortoise, the Eastern Hognose snake and the critically endangered Apalachicola dusky salamander.

Day use hours run from 8 am to sunset, 365 days a year. Torreya State Park is located on County Road 1641, off State Road 12 about 13 miles north of Bristol. 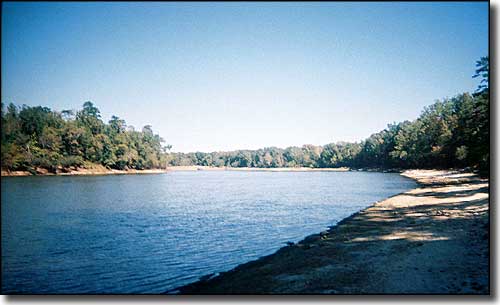 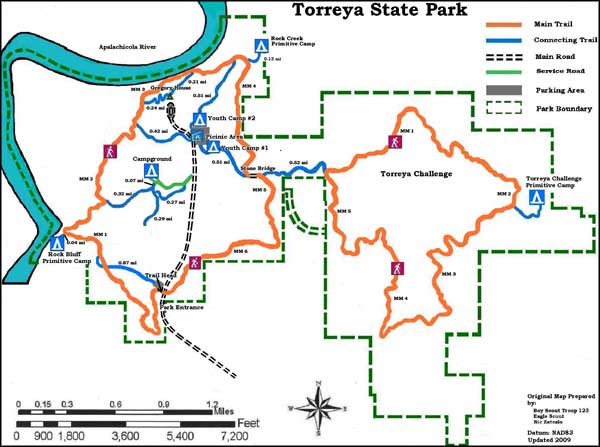