Back in the mid-1930's, Florida's State Forest system began with the establishment of the Pine Log and Cary State Forests. These two state forests were created through the efforts of the Civilian Conservation Corps, a federal work program that put many people back to work during the Great Depression. The Blackwater River and Withlacoochee State Forests were added in the late 1950's, early 1960's. These four forests were the entire Florida State Forest system until Florida started aggressively buying land and creating more state forests in the late 1970's, in order to preserve some of the properties that make Florida unique, so that our children and their children would have some of that old-time Florida left to enjoy.

In the beginning, the state managed the forests primarily for timber and wildlife but that shifted in the late 1970's to wildlife management, conservation of natural and cultural resources, outdoor recreation, wetlands restoration and protection of other precious water resources. Since 1936, the Florida State Forest system has expanded from one forest of about 6,000 acres to 35 forests today, comprising more than one million acres.

Most Florida State Forests charge a $2 per person entry fee for day use (all fees can change). The fee is usually payable into an honor box (so you'll want exact change) and you'll need to display the tear-away tab in your vehicle windshield or on your rear-view mirror. There is an annual day-use entrance pass (for up to eight occupants per vehicle) for $30 per year that allows for an unlimited number of visits. 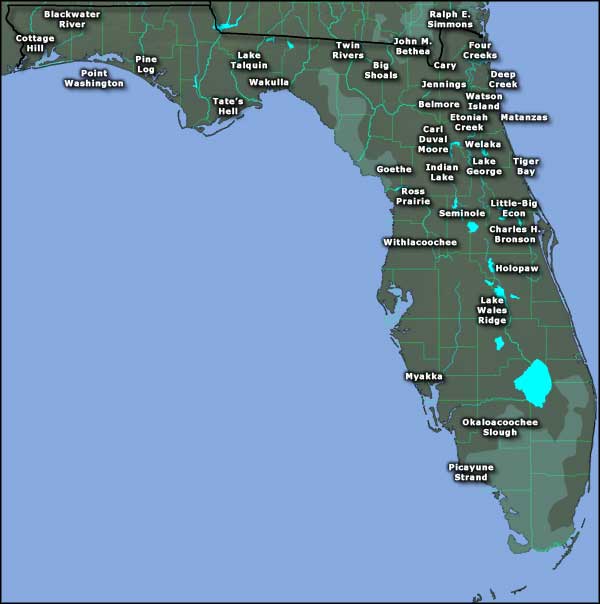