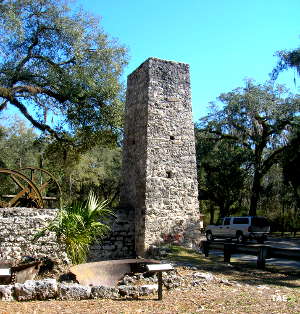 Florida was admitted to the United States on March 3, 1845 as the 27th state. The state encompasses about 65,795 square miles, of which about 17.9% is surface water. The Miami Metro area contains the largest mass of people in the state, Jacksonville is the largest city in terms of land area and population, and Tallahassee is the state capital. Most of Florida consists of a large peninsula jutting southward from the North American continent with the Gulf of Mexico on the western side and the Atlantic Ocean on the eastern side. The southern portion of Florida sports a true tropical climate while the central and northern portions of the state offer a generally warm, subtropical climate. While the median elevation of Florida is 98', the highest point is Britton Hill at 345' above sea level (in northern Walton County near the town of Lakewood).

Florida was given the name by Juan Ponce de Leon in 1513. He landed on the Florida shore during the evening of April 2, 1513, during the "Flowery Easter" (Pascua Florida in Spanish) season. Records say that he encountered at least one indigenous tribesman who spoke Spanish, so Ponce de Leon was probably not the first Spaniard to find the place, although his name has stuck (a Dutch cartographer used "Tegesta" on a map drawn around 1630 to designate what we now know as Florida and that name was interchangeable with "Florida" all through the 1700's).

The first Spanish settlement was at Pensacola in 1559 but it was abandoned by 1561 and that area was empty of European settlers until the 1690's. A group of French Huguenots settled in the Jacksonville area (Fort Caroline) in 1564 but they were conquered and almost completely wiped out by Spanish settlers from St. Augustine in 1565. 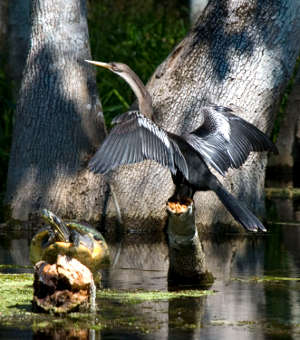 The Spanish never really had a firm hold on Florida, and what hold they did have was weakened as the English colonies to the north began to build and began supplying firearms to tribes who were not allied with the Spanish. The English burned St. Augustine to the ground a couple times over the years while the Spanish citizenry successfully hid behind the walls of the Castillo de San Marcos. Eventually, the Peace of Paris (1763) gave the British control of Florida. They did little with the property before ownership was returned to the Spanish with the 1783 Treaty of Versailles (ending the American Revolutionary War and ceding British control of everything south of Canada). Florida came into United States' control with the Adams-Onis Treaty of 1819 (in exchange for $5 million and renunciation of any claims on Texas as a result of the Louisiana Purchase of 1803).

Until the advent of freely available air conditioning in the mid-twentieth century, Florida was primarily an agricultural state, under-populated and with a low cost of living. Between 1900 and 1920, about 20% of the African-American population left the state to escape the political corruption, racial violence and lynchings. The prosperous 1920's brought tourism for the first time but that inflow ended with the beginning of the Great Depression in 1929. Industrialization began during World War II and has continued since, with Florida transitioning from being the least populous Southern state to the second most populous Southern state (after Texas). 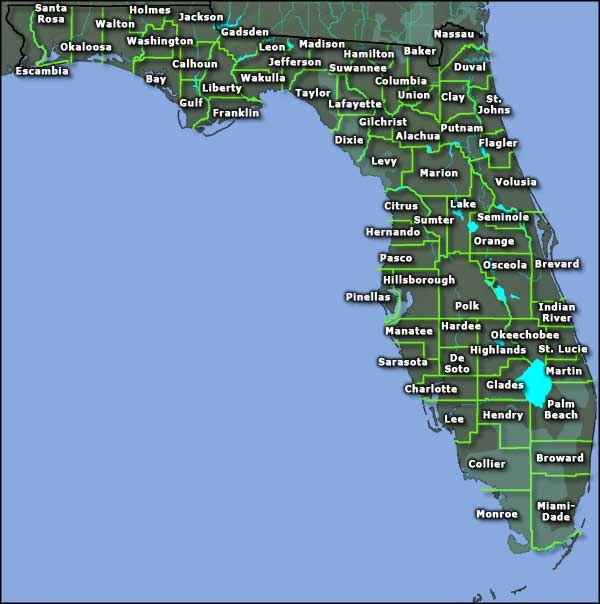