Indiana was settled by the pre-Columbian Mississippian culture at least 1,000 years ago but the arrival of the Spanish in the mid-1500's introduced diseases they had no immunity to. Their cities were crumbling and most of their people had died by the time the next influx of Europeans started (French trappers coming down from Canada in the late 1600's, early 1700's). They did leave behind some great burial/ceremonial mounds in the southern part of the state.

The great Shawnee leader Tecumseh was from Indiana but he was killed in Canada in 1813 at the Battle of the Thames (he had allied himself with the British during the War of 1812). 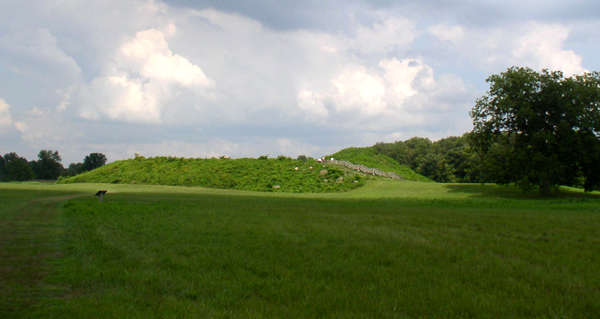 The main mound at the Angel Mounds Site near Evansville, Indiana 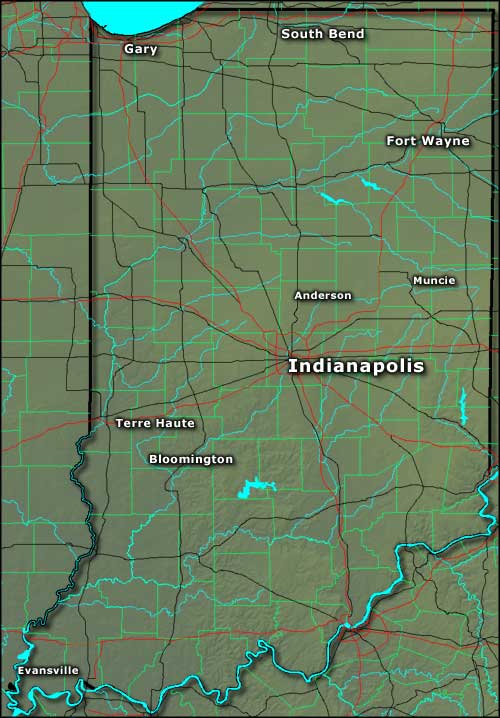