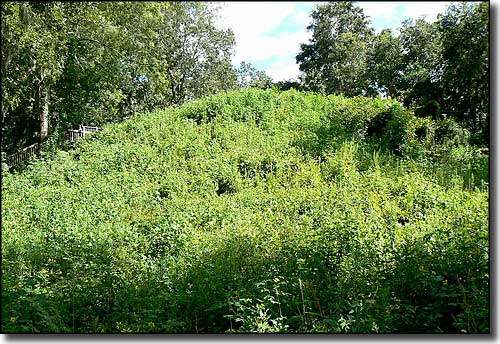 Lake Jackson Mounds Archaeological State Park is an important historic site located in a residential neighborhood in northern Tallahassee. The park contains all or part of three mounds, out of a complex that originally included six earthwork mounds. The park also contains what was a village area of individual houses and the constructed, leveled plaza that was in the heart of that ancient community. The earthworks were built between 1000 and 1500 CE by members of the Fort Walton Culture, an offshoot of the ancient Mississippian Mound Builders. Artifacts uncovered here include motifs of the Southeastern Ceremonial Complex (also known as the Southeastern Death Cult), which indicates that this site was a political and religious center, probably the site of a chiefdom. The timing coincides with the general Mississippian Culture adoption of maize agriculture and a chiefdom-level complex society.

Lake Jackson Mounds Archaeological State Park contains 3/4 of Mound 2, all of Mound 4 and about half of Mound 5. The largest mound is about 36 feet high with base dimensions of 312 feet by 278 feet. These mounds have not been systematically excavated but Mound 3, located on private property outside the park, was destroyed and sold for fill materials. As that process went on, an archaeologist from the Florida State Bureau of Historic Sites and Properties was allowed to conduct a salvage operation on the mound. He used radio-carbon dating to determine the top layer of the mound was laid down around 1475 CE, while the bottom layer of the mound was put in place around 1190 CE. The bulk of the mound consisted of a mix of white sand, red clay and midden materials, all brought to the site and used to construct a well-planned earthwork. The entire mound was surfaced with red clay. The flat top had the impressions remaining from post holes, most probably used to erect buildings. As the dirt was removed, he found that the buildings had been periodically burned, the mound raised with more clay, sand and midden materials, and then new buildings erected. Over a 250-year period, this cycle was repeated 12 times. Based on work done at the Cahokia Mounds in Illinois, scholars think each layer was burned and the mounds raised every time a major chief died. 24 burials were recovered in the course of removing Mound 3. Materials found in the graves indicated that most of these were the grave sites of elite men in the tribe, although the graves of one woman and an 11-year-old child were found, too. At least one of the bodies had been cremated. The top of one clay level also yielded the bones of a dog.

The descendants of the mound builders were probably the Apalachee people who inhabited this area at the time of the Spanish arrival.

Between 1825 and 1860, this property was part of a plantation owned and operated by Col. Robert Butler, Florida's first Surveyor General under Governor Andrew Jackson. Along the nature trail you'll still see the remains of an 1800's grist mill that operated on the property in those days. There is also a grassy picnic area near the foot of the largest mound.


This state park is for day use only. Day use hours run from 8 am to sunset, 365 days a year. Lake Jackson Mounds Archaeological State Park is located off US Highway 27, about 2 miles north of Interstate 10 in Tallahassee. Just take Crowder Road to Indian Mounds Road and follow the signs. 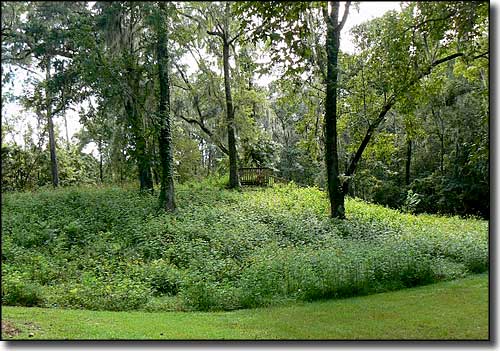