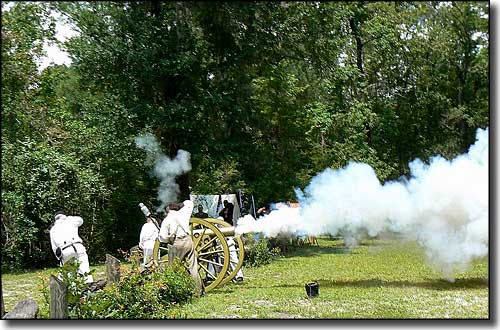 Natural Bridge is a site where the St. Marks River drops into a sinkhole, flowing underground for about 1/4 mile before re-emerging. Union troops had landed with a naval flotilla at Apalachee Bay and taken Fort Ward (at what is now known as San Marcos de Apalache State Park) before heading north for Tallahassee. They were met at Natural Bridge by the Confederate force. At the end of a long, losing day, the Union forces retreated to the coast and never came north again (until after the North had won the war). A re-enactment of the battle takes place at the State Park every year in March.