There is an old hunting cabin located on the island that has been inhabited for years by colonial bats. In 2006, as part of an Eagle Scout project, four pole bat houses were built near the old cabin and were soon being used by the Brazilian free-tail bats.

Since then, contractors began a historical renovation of the old cabin that required displacing the remaining bats from the house. So another, larger pole bat house was built and slowly, the bats are finding it and moving in. The new house is essentially an 8'x8'x8' structure: big enough to house up to 50,000 Brazilian free-tail bats, evening bats, southeastern myotis bats and big brown bats. A similar (but larger) structure was built in Gainesville on the University of Florida campus and now is home to more than 100,000 bats.

St. Vincent Island is 1/4 mile offshore and is only accessible by boat. Boaters should be aware of tide fluctuations, wind, storms, currents and shifting oyster bars. 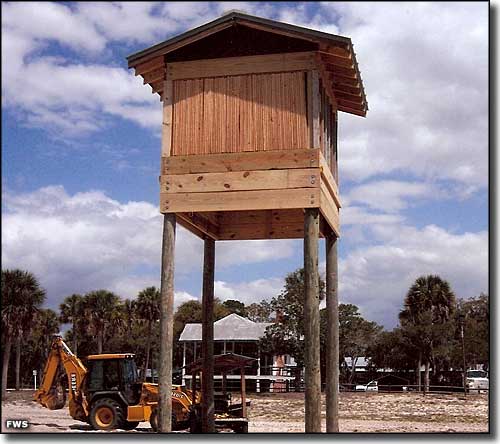