Coming up on Bradwell Bay Wilderness 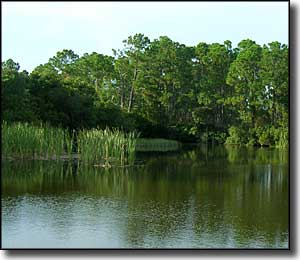 Bradwell Bay Wilderness is the second-largest wilderness in Florida, a 24,602-acre preserve in Apalachicola National Forest on Florida's panhandle.

In Florida, "bay" usually means "swamp," and Bradwell Bay is essentially a swamp fed by the Sopchoppy River that flows along the eastern edge of the wilderness. The wilderness is mostly composed of loblobby pine, titi trees, longleaf pine and wire grass. There is also a 100-acre area of old-growth slash pine-swamp black gum swamp.

Rainfall averages 55 inches per year and this is a subtropical climate. The low areas of the wilderness are covered with one to four inches of standing water in the rainy season. If there's been enough rainfall lately, you might be able to run the Sopchoppy River in a canoe or kayak, but that isn't normal. Hikers can sometimes get around on the old logging roadbeds, left over from the days pre-wilderness when the whole area was under massive assault from the big timber companies. The Florida National Scenic Trail also crosses Bradwell Bay east/west but even this well-marked trail crosses areas of waist-deep water.

Among all the other creatures living in the Bradwell Bay Wilderness you're likely to come across black bear, alligator, white-tailed deer, wild boar and water mocassin. 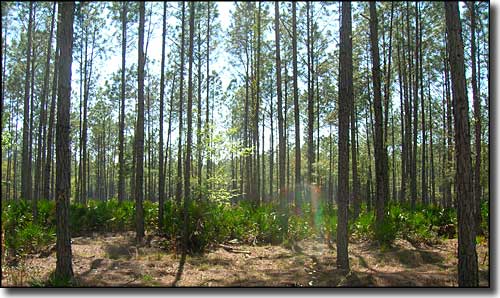