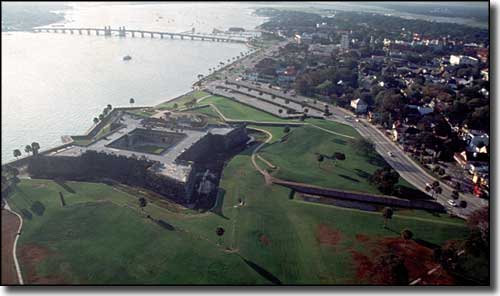 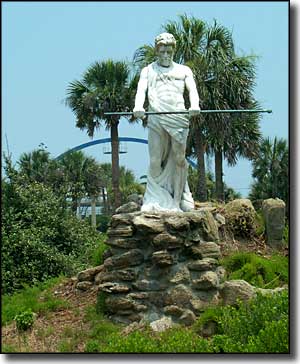 Statue of Neptune
at Marineland

The Guana Tolomato Matanzas National Estuarine Research Reserve runs along an almost untouched barrier island with the Atlantic Ocean to the east and the Tolomato and Matanzas Rivers to the west. The 10,000-acre Guana River Wildlife Management Area and the 2,600-acre Guana River Site of the Research Reserve (near the northern end of the A1A Scenic & Historic Byway) are prime examples of why this route has been designated as part of the "Great Florida Birding Trail" by the Florida Fish & Wildlife Conservation Commission.

In downtown St. Augustine you'll find the Castillo de San Marcos National Monument. The Castillo is the oldest remaining example of a European masonry fort in the 48 contiguous states. Downtown St. Augustine is also a well-preserved Spanish Colonial walled town, with many buildings remaining from the 1703-1821 colonial era. The Lighthouse at St. Augustine wasn't built until the 1870's but is still quite well-preserved and welcomes folks to climb the 219 steps to the top of the tower and catch a great view of the town and its surrounding beaches, marshes and dunes.

The 1,535-acre coastal park at Anastasia State Park begins at the southern jetty of the St. Augustine Inlet and runs south down a 4-mile sandy beach between the sand dunes on one side and Salt Run Lagoon on the other side. The lagoon is bordered by a mix of rich tidal marshes and an ancient wind-blown forest of oaks.

In St. Augustine Beach is the St. John's County Ocean Pier, a 4-acre site where the public has access to a fishing pier and beaches running north and south. At the south end of St. Augustine are the two parts of Frank Butler Park. The west side of the park offers launch facilities and great views of the Matanzas River and accompanying salt marshes while the east side of the park offers beach and ocean-related activities. 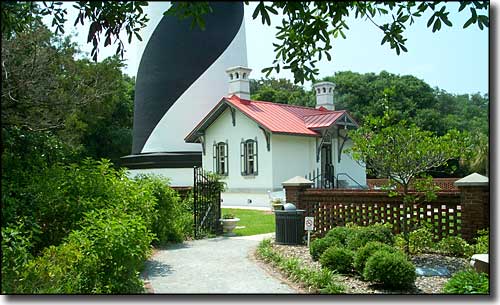 Base of the Saint Augustine Lighthouse 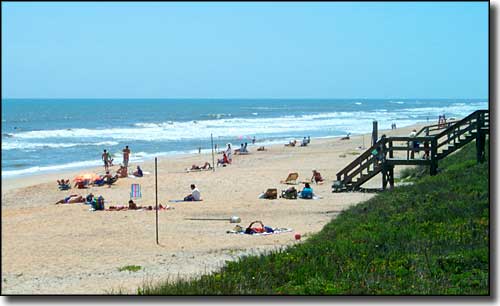 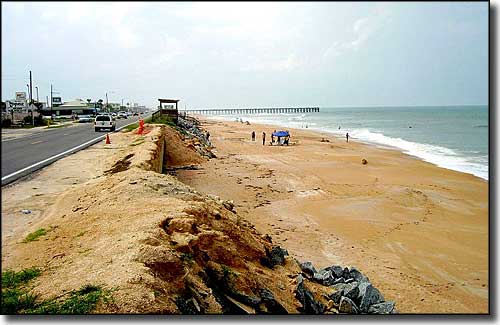 Another view of Flagler Beach 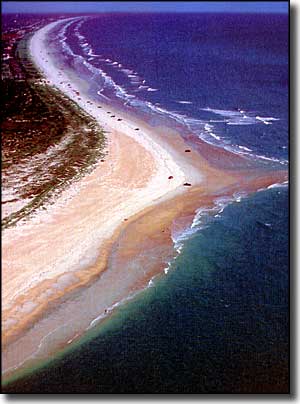 Next is the River-to-Sea Preserve at Marineland. This is where the headquarters of the Guana Tolomato Matanzas National Estuarine Research Preserve is, located at the narrowest point in the A1A scenic corridor. The Matanzas River is to the west, the coquina rock beach to the east, just over a sand dune or two. This 90-acre preserve is mostly a maritime live-oak hammock with beaches, sand dunes, saltwater marshes and coastal strand. Since all the old hotels were removed, the system of sand dunes has been nicely restored.

A little further into the Town of Marineland is the world's first oceanarium: Marine Studios, founded in the 1930's and being revitalized today. Many underwater movies have been filmed here over the years and this is one of Florida's first man-made tourist attractions.

Nearing the southern end of the A1A Scenic & Historic Coastal Byway, you'll come to Flagler Beach. In Flagler Beach you'll find a pier (with great ocean fishing) and a universally-accessible beach where they even offer special "beach" chairs for better mobility through the sand. Also in Flagler Beach is the Flagler Beach Historical Museum, a visitor center for the Scenic Byway and an exhibition hall for antiques, photos and other memorabilia showcasing Florida in the early 1900's. The museum also offers displays of locally-found pre-historic Indian tools, archaeological artifacts from the excavations at the Mala Compra Plantation (just north of town) and fossils dug up during the dredging of the Intra-Coastal Waterway. Flagler Beach is also a terminus point of the Heritage Crossroads Historic Byway, a series of roads through Flagler County that follow many of the ancient trails first established by the Timucuan Indians hundreds of years ago. Some of the trails are more recent, following routes laid down by the Spanish and early American pioneers.

At the south end of Flagler Beach is the Gamble Rogers Memorial State Recreation Area. Also nearby are the Bulow Plantation Ruins Historic State Park with the ruins of a substantial plantation from before the days of the Second Seminole War and Bulow Creek State Park with its groves of ancient live oaks. 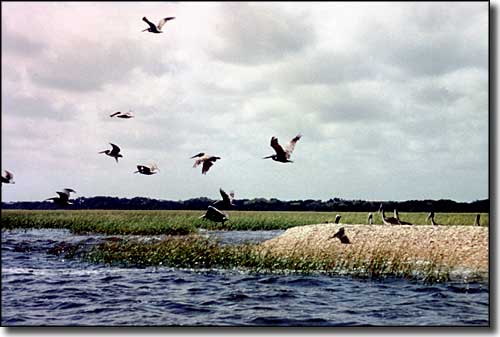