Setting up for a good day's fishing at Lathrop State Park

Several of the State Parks in the list below are brand new areas and are not fully open to the public yet, they are still in the planning and development stages. This includes Lone Mesa, Cheyenne Mountain and Staunton State Parks.

Another thing: Park Rangers are now ordering any vehicle found on State Parks property without a valid pass to be towed immediately. You also don't want to be caught transferring passes between vehicles... 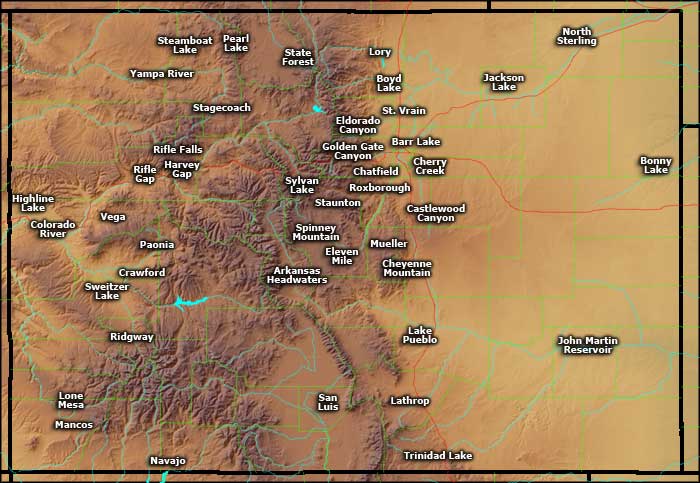