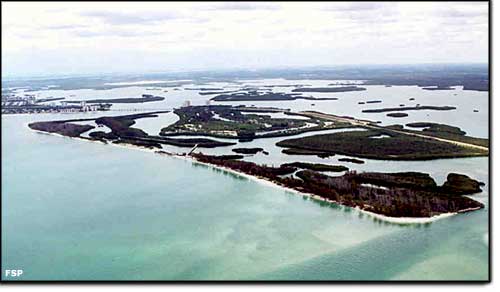 An aerial view of Lovers Key 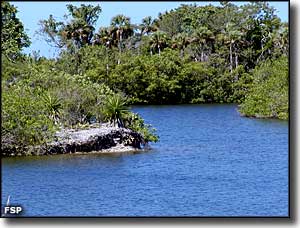 Lovers Key is only one of the four barrier islands (with Inner Key, Black Island and Long Key) that make up the 712-acre Lovers Key/Carl E. Johnson State Park. This area along the Gulf Coast of Florida sees dolphins, manatees, bald eagles and roseate spoonbills, in addition to thousands of migratory wading birds, shorebirds and other waterfowl in season. Lovers Key itself offer two miles of white sandy beach, ideal beach for leatherback and green sea turtles to come to in June and July for nesting and laying their eggs. Black Island offers more than five miles of hiking and biking trails. The park offers a boat ramp and the park concession offers canoe, kayak and bike rentals in addition to boat and fishing tours.

Back in the 1960's and 1970's, developers were working these islands over, getting ready to develop luxury estates here. Black Island was dredged and mangrove swamps were drained. Canals were dug and the landscape was seriously altered. A bridge was built in 1965, connecting Lovers Key with the mainland. Then the market collapsed due to the fake oil embargo (a manipulation of the market by the largest energy companies in conjunction with Saudi Arabia) in 1974. After waiting for the property value to bottom out, Florida acquired the property in 1983. In 1996, Lovers Key State Recreation Area was merged with Carl E. Johnson County Park to become Lovers Key/Carl E. Johnson State Park.

Lovers Key/Carl E. Johnson State Park is open for day use from 8 am to sunset, every day of the year. Camping and campfires are not allowed. 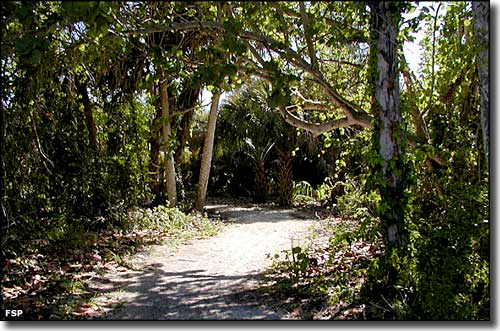 A nature trail on Black Island 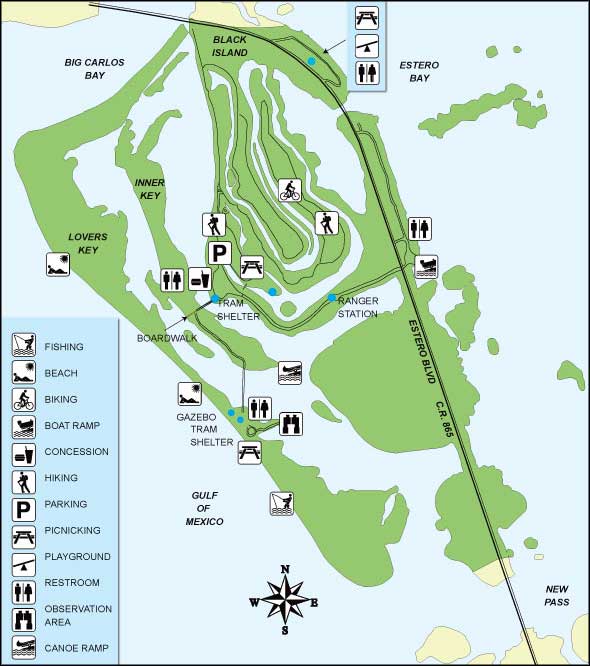