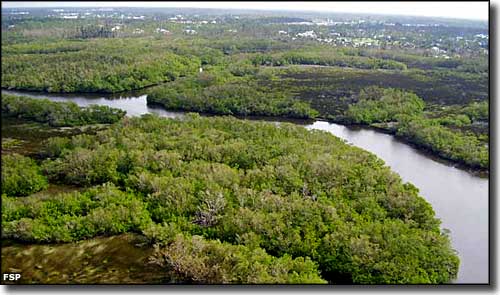 Boat launch facilities are nearby at Lovers Key/Carl E. Johnson State Park or at the Koreshan State Historic Site, because one way to tour Estero Bay or Estero River is by boat, preferably canoe or kayak. You can also take advantage of the miles of trails to hike or bike your way through the wildlife (fiddler crabs, gopher tortoises, bald eagles) and native vegetation (live oaks, slash pines) being protected here. The Winkler Point Trail runs for 4 miles out of Fort Myers, traveling through a countryside of tidal marshes, mangrove thickets, salt flats and pine flatwoods. The Estero River Scrub Trail offers eight miles of marked trail through salt flats, mangroves and pine flatwood habitats. Both trails, though, are often flooded during the summer and fall months.

Estero Bay Preserve State Park is located between Naples and Fort Myers near the town of Estero. Get off Interstate 75 on the Corkscrew Road exit and go west. Turn north on US Highway 41 and go to Broadway West. Turn left there and go to the Florida Power & Light substation. The public access point is on the north side of the road next to the substation.

Estero Bay Preserve State Park is open to the public from 8 am to sunset, every day of the year. Admission is free, there are no amenities other than the marked trails. 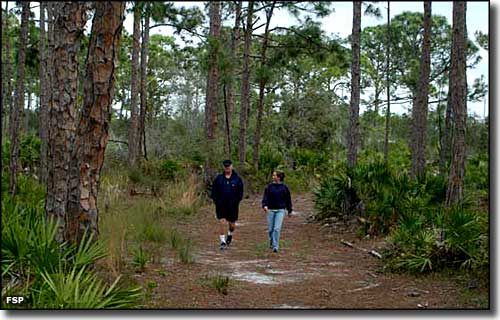 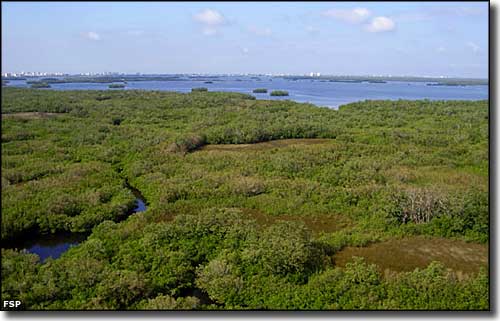