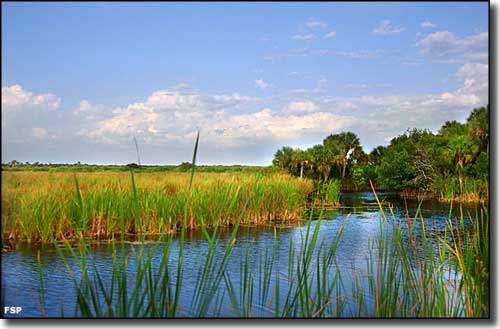 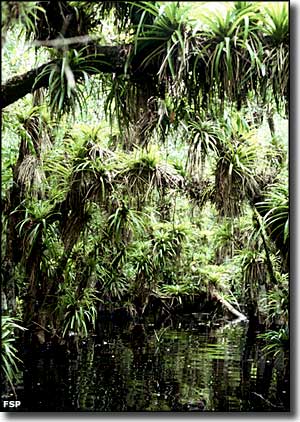 Some folks call Fakahatchee Strand Preserve State Park the "Amazon of North America." While this property isn't nearly as big as the original Amazon, there's still something about this 5-mile-wide by 20-mile-long linear (north/south) flowing swamp that brings the Amazon to mind. The central part of the Preserve is a slow moving river of crystal clear water that is always at 72°F. It's the volume of water and its constant temperature that make this particular strip of Florida such a lush forest, filled with a high level of rare and endangered plant and animal species.

For animal species in the Preserve, you might be really lucky and come across a Florida panther or two. But you will almost always see white-tailed deer, Florida black bears, raccoons, otters, Florida box turtles, fox squirrels, alligators and diamondback turtles in these woods and waters. Eastern indigo snakes and Everglades minks are a bit more rare. And the birds... depending on the season, the birds are often too numerous to count. But you might see wood stork, osprey, sandhill crane, roseate spoonbill, red-shouldered hawk, wild turkey, bald eagle, swallow-tail kite, Everglades snail kite, northern harrier, vulture and different species of owl, tern and pelican in addition to the several hundred species of migratory wading birds, shorebirds and other waterfowl.

Fakahatchee Strand Preserve is also known for the variety and number of butterflies on the property. Depending on the season, you might see lots of White Peacock, Common Buckeye, Ruddy Daggerwing and Zebra Longwing flitting from plant to plant, flower to flower. A couple other creatures to look out for, though: Florida cottonmouth and Eastern Diamondback rattlesnakes.

When the Comprehensive Everglades Restoration Plan was meant to restore the Everglades area to what it was before humans so rudely arrived with their machinery and set about "fixing" things. Part of the project requires filling in the Prairie Canal, a deep drainage ditch that runs down the western edge of Fakahatchee Strand Preserve State Park. Filling in the ditch will force that water back into/onto the landscape, recharging the groundwater reserves and filtering naturally into and through the marshes, mangroves, prairies and swamps. As it slowly approaches the coastline, it will also slowly come to be mixed with salt water and that natural freshwater and brackish water marshland will come back into its own, rather than having all those millions of gallons of water unceremoniously dumped into the 10,000 Islands area and messing with the water, vegetation and wildlife balances there.

That southern coastline, too, is one of the most productive estuarine ecosystems on Earth. Conditions there are ideal for the propagation and growth of various fish fry. This is also an area with many rookeries of multi-colored wading birds, and manatees floating in the deeper waters. Down here near the salt water, you might also come across American crocodiles basking in the sun or lying in wait among the mangroves for an appetizer to come passing by. The beach areas are where green and loggerhead sea turtles come ashore in season to dig their nests and lay their eggs in those places where they themselves were hatched. 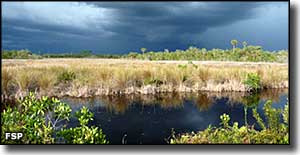 In many areas of Fakahatchee Strand Preserve, you will still come across the old roadbeds and trackbeds, left over from the days of clear-cut logging and massive drainage projects. The ecosystem has proven remarkably strong in that it has not only survived by actually is bouncing back and reclaiming its territory from the past depredations of that upstart species: homo sapiens. But Jane's Scenic Drive (an 11-mile gravel road) and the 2,000 Big Cypress Bend Boardwalk are available to get up-close and personal. 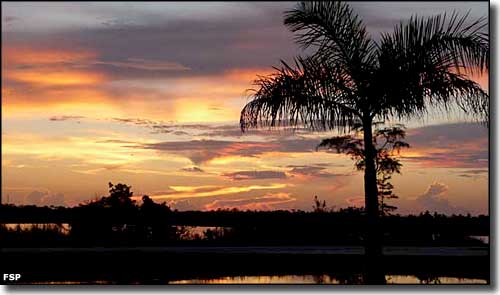 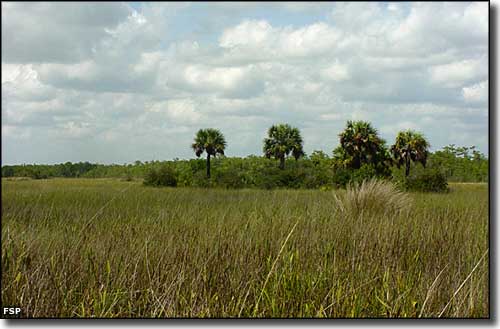 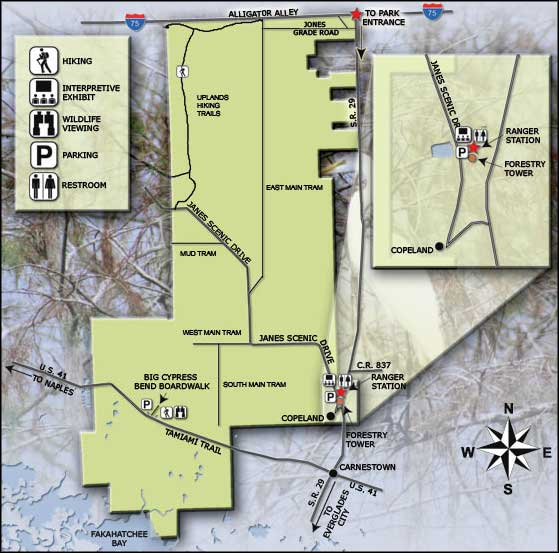