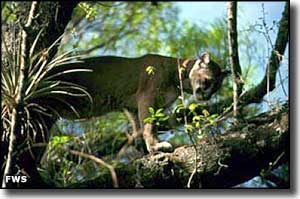 The Florida Panther National Wildlife Refuge is located in south Florida, about 20 miles east of Naples on the edge of the Big Cypress Swamp. The Endangered Species Act forced the creation of Florida Panther NWR as a means for protecting the endangered Florida panther and other threatened plant and animal species. The 26,400 acres of the National Wildlife Refuge were purchased from the descendants of Barron Collier. During World War II, logging removed the vast majority of old growth cypress in most of this area. To facilitate the logging, temporary railroad tracks were laid. We're now 50 years later and a lot of new growth has occurred, almost enough to return the area to its original pristine state. However, track beds were built for the railroads and these elevated areas are still around, most often used by Refuge staff as they go about their business.

East of the Mississippi, the Florida panther is the only cougar species found these days. The NWR is part of a network of private and public protected properties (Fakahatchee Strand Preserve State Park, Big Cypress National Preserve and Everglades National Park among them) that actually sees less than 100 panthers in the area. A normal month at the Refuge sees less than 12 panthers on the property. This isn't a bad thing: in 1995 it was estimated that only 20-30 Florida panthers still existed in the wild, spread across Monroe, Dade, Hendry, Collier and Lee Counties in south Florida. But this is all that remains of a puma species that once was spread all across the southeastern US. 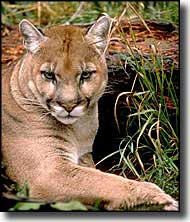 A typical male panther will protect his home range of 150-200 square miles. He will often travel 20 miles in a day to protect that range. A female panther will usually have about an 80-square-mile home range that overlaps with male panthers and with other females. The panther's favorite lunch is white-tailed deer but they also eat raccoon, javelina, armadillo and even alligator. There has yet to be a recorded instance of a Florida panther attacking a human but the way we humans are multiplying and destroying native habitat, it's only a matter of time...

Public use of the property is restricted to a series of designated hiking trails in the southeast corner of the refuge. There are some limited tours to other areas of the refuge but most efforts here are in support of protecting the panther and its natural habitat. That habitat contains a mix of wetlands with pine rocklands and tropical hardwood hammocks, and dry uplands.

Among the wildlife on the refuge you'll find American alligator, Florida black bear, bobcat, fox squirrels, Swallow-tailed kites and several rookeries of endangered wood storks. The public use area is open during daylight hours only. 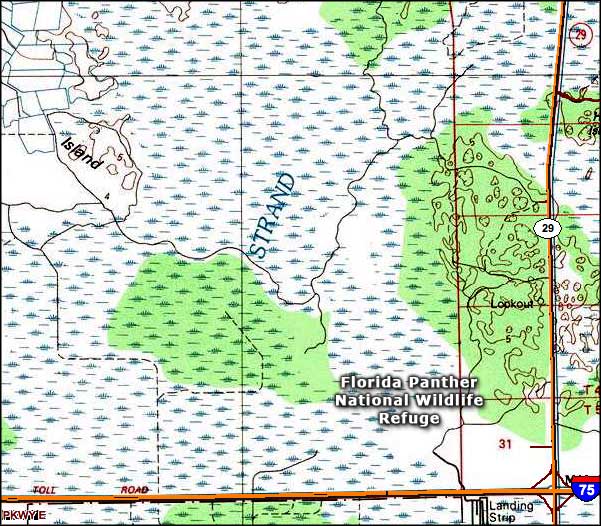 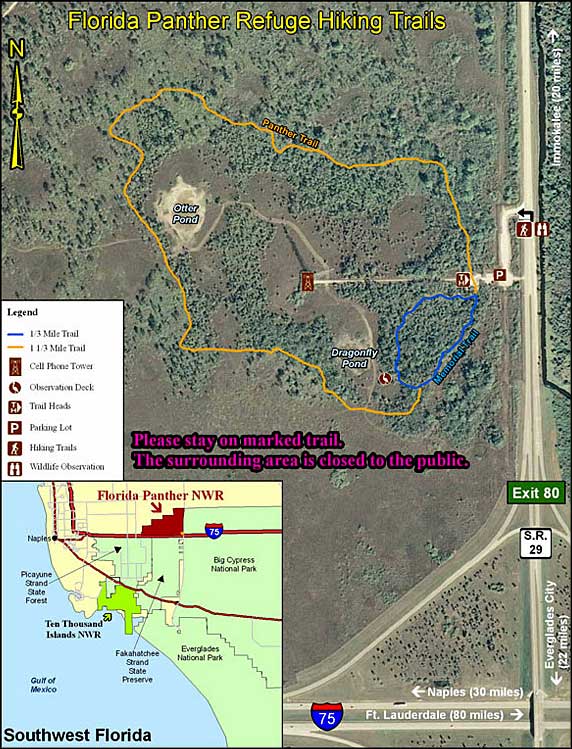