Getting in the water 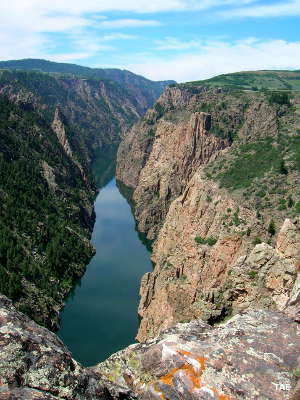 The West Elk Mountains rise to the north

The tip of Curecanti Needle