At 176,412 acres, the West Elk Wilderness on Gunnison National Forest is Colorado's fifth largest wilderness area. The size, though, makes no difference in the number of human visitors: the only time the campsites and trails see real human use is during hunting season. The rest of the year, the property is just too remote for most folks.

Most of the West Elk Mountains are what was once a huge supervolcano that spewed lava, ash and other debris for maybe a million years about 65 million years ago, during the Laramide Orogeny. Eventually, the top of the mountain blew off and what remained collapsed into the caldera we see today. Some of the long lava flows that were left have been eroded by wind and water into crenellated walls with fantastic pinnacles and turrets. Water is flowing everywhere and you'll find thousands of mule deer, elk, beaver, mountain lion, bobcat, coyote and other wildlife out there.

Many of the more than 200 miles of trails follow what were logging and mining roads, in place long before the wilderness designation was bestowed in 1964. Most of those trails are still in pretty good shape, but as I said above, they don't see much traffic outside of hunting season. 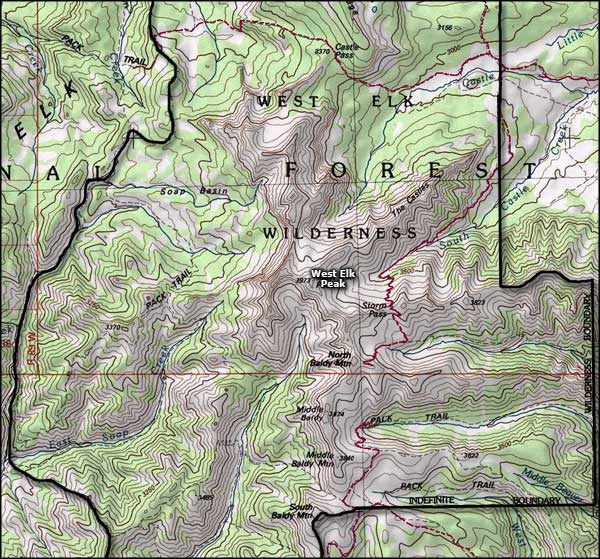