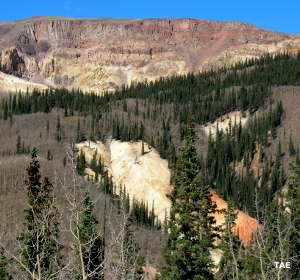 Gunnison National Forest was named for Captain John Gunnison, leader of a survey team that came through this area in 1853 in search of a feasible route across the Continental Divide for a railroad. The Gunnison party made it over to western Utah before being killed by the local Paiutes but these days his name is all over this countryside.

The present forest consists of over 1.7 million acres of public land and over 100,000 acres of private land within its boundaries. There are 2 peaks over 14,000' and another 20 over 13,000' in elevation. The Gunnison, Grand Mesa and Uncompaghre National Forests were administratively combined in 1976. The Forest Supervisor's office is in Delta, CO.

Most campgrounds in the Forest are designed to accommodate campers, tents and small trailers (up to 18 feet long). Length-of-stay limits are posted on the bulletin boards in the campgrounds and the usual limit is 14 days. User fees are charged in some recreation areas that are identified by signs at their entrances.

People are also still discovering Anasazi ruins in the Forest. If you come across ruins, please leave them undisturbed and report your discovery to the appropriate Forest Service personnel. In this area, we are learning much about our Native American heritage through the study of previously unknown and undisturbed sites and artifacts.

Grassy Mountain in the San Juans 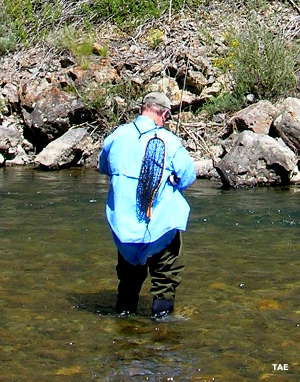 Things to see & do in the Forest