The Collegiate Peaks Scenic Byway is one of Colorado's newer scenic byways. This beautiful route travels on US Highways 285 and 24 through the Upper Arkansas River Valley between Salida, Buena Vista and Granite (actually, it passes Granite to end where it meets the southern leg of Top of the Rockies Scenic Byway, just east of Twin Lakes). This is a gorgeous drive through a large, open alpine valley with several 14er's (14,000' plus mountains) on the west side and the Arkansas Headwaters National Recreation Area on the east side. Up near Granite, the Buffalo Peaks Wilderness rises to the east in San Isabel National Forest while the Collegiate Peaks Wilderness rises to the west, also in the San Isabel National Forest. Along the Collegiate Peaks Scenic Byway you'll pass historic buildings like the Old Nathrop Schoolhouse (built in 1881) and the Gas Creek School (built in 1890 and in use until 1942). There's also the Buena Vista Heritage Museum (originally built in 1883) and the Hutchinson Ranch, a homestead from the 1870's now on the National Register of Historic Places.

Both Salida and Buena Vista have large National Historic Districts. 100+ years ago there was a lot of mining going on around here and to the east and west, there are several mining ghost towns still standing. This area is also known for its world class fishing and whitewater rafting on the Arkansas River. This valley is one of the premier vacation spots in America and once you drive through, you'll know why. Just look out for the deer and elk crossing the road... 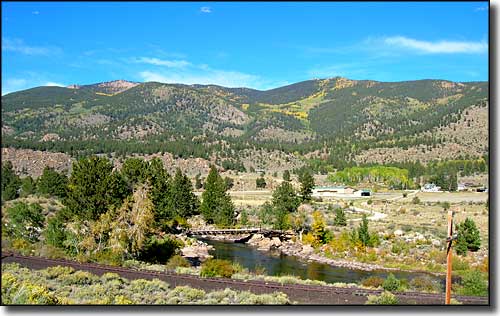 The Buffalo Peaks Wilderness is just over that hill... 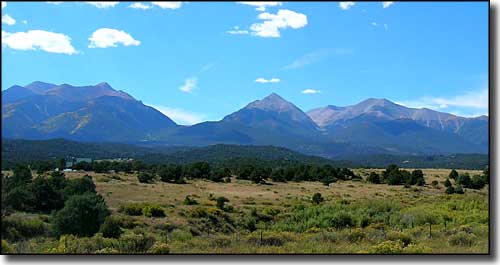 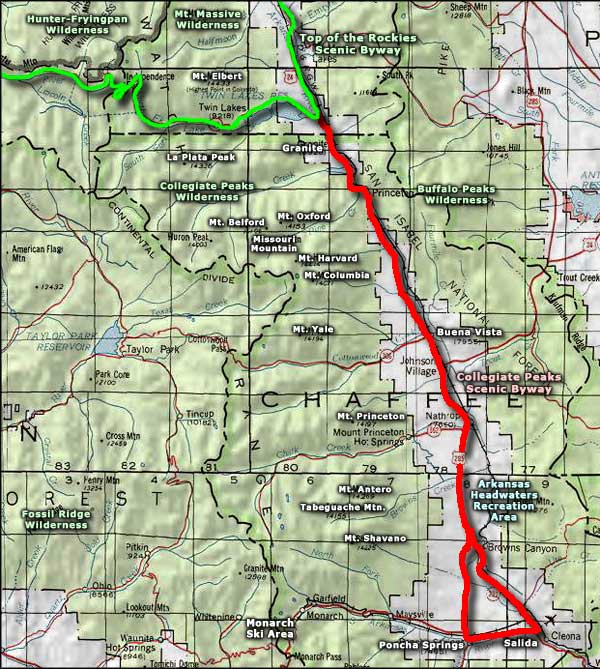