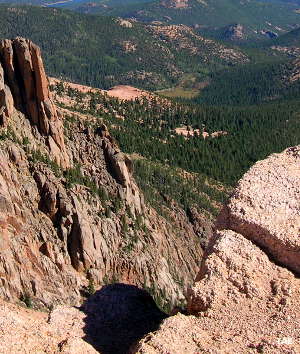 On the Pikes Peak Toll Road