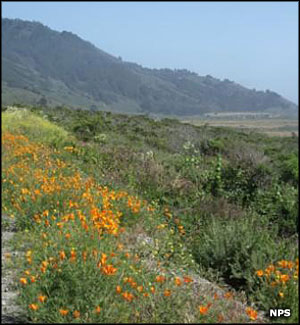 The forest is also divided into two major types of vegetation: forested lands (30%) and chaparral (68%). That's because of the effect of straddling those mountains: the coast is wetter and supports redwood forest, inland is drier to the point of being semi-desert. The total forested area is covered with a mix of evergreens, pinon-juniper woodland, oak woodland and conifer forest. 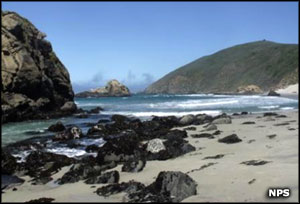 Los Padres National Forest is a participant in the California Condor Recovery Program and there are currently more than 70 condors in the wild living on the forest, mostly in either the 1200-acre Sisquoc Condor Sanctuary in Santa Barbara County or in the 53,000-acre Sespe Condor Sanctuary in Ventura County. There is also the Black Mountain Wild Horse Territory in the Santa Lucia Ranger District which is managed for about 20 horses under the 1971 Wild Horse and Burro Act.

Since 1912, an average of 25,000 acres of the forest have burned every year. This number has been rising steadily over the last 60 years as most wildfires on the forest are human-caused. About 95% of those burned acres consist of chaparral.

Los Padres National Forest maintains more than 1,257 miles of hiking trails, a lot of that in the 10 designated wildernesses that make up about 48% of the Forest. There are also more than 459 miles of roads and trails available for off-road vehicle use. Much of the forest is primitive and roadless. Elevations range from sea level to 8,847 feet.