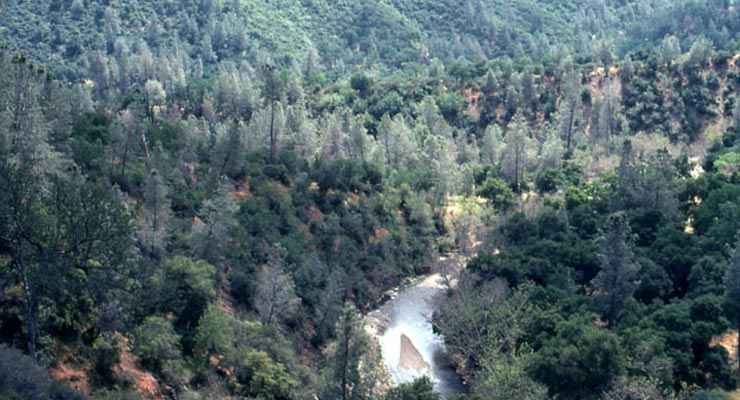 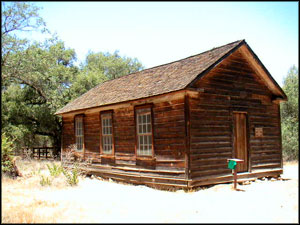 This area contains the headwaters of the Sisquoc River and Manzana Creek, both of which meet near the western boundary of the wilderness then flow northwest to reach the Pacific near Santa Maria. The Sisquoc River is a designated Wild and Scenic River with 31 miles of that so-designated 33-mile section located in the wilderness area. However, unless winter has been extremely generous with the precipitation, the river tends to be too rocky and shallow for rafting, canoeing or kayaking. There is a well-traveled hiking trail along the river for about 26 miles, offering numerous good campsites along the way. San Rafael Wilderness has more than 125 miles of relatively good (but often rugged) trails that see moderate human use. Large sections of the wilderness are closed to people during the summer (from early July through mid-November) fire season.

Elevations in the wilderness range from a low of 1,166 feet at the confluence of the Manzana and Sisquoc to 6,820 feet on the summit of Big Pine Mountain. Rock formations in the area are mostly sedimentary, former ocean bottom from the Miocene and Cretaceous eras. The wilderness is crossed by the Big Pine and Nacimiento Faults, both paralleling the crests of the two mountain ranges. There is also a dry, grassy plateau area known as Hurricane Deck that stretches along the mountains for about 17 miles offering steep escarpments and wind-carved sandstone formations.

The climate of the area is essentially Mediterranean with hotter summers and cooler winters than the nearby coast because of the distance from the coast and the mountains in between. The higher peaks do often see snow in the winter but it only lasts any period of time on the northern slopes. Summer rain is extremely rare although occasional thunderstorms sporting dry lightning do pass through.

Typical vegetation in San Rafael Wilderness is oak woodland and chaparral. There are some riparian areas along the streams and stands of pine and fir in higher elevations and on some north slopes. There are a few places where the river valleys do open out into meadows and grasslands. A group of faith healers did attempt to homestead some of these areas back in the early 1900's but their efforts bore little fruit and didn't last long. By 1902 they had sold their holdings back to the government and left, although they did leave behind the Manzana Schoolhouse which is now a favorite destination of hikers in the area.

Among the animals you'll find in the wilderness are black bears, coyotes, bobcats, deer and mountain lions. In the southeastern area of the wilderness is the 1,200-acre Sisquoc Condor Sanctuary, an essentially inaccessible area with terrain suited far better for the birds than for humans. Since the California Condor was released into the wild here back in 1992, humans have been banned from the Sanctuary.

In hiking around San Rafael Wilderness, you might come across some incredible rock paintings left by the Chumash Indians. The Forest Service has never publicized the location of any of those pictographs because of the potential vandalism problem... 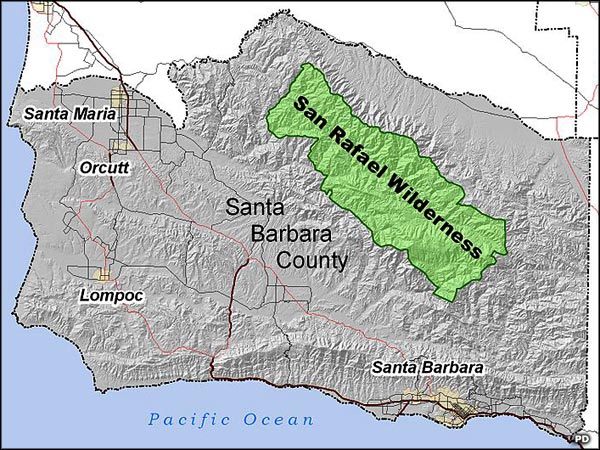