Sandia Mountain Wilderness from the west

Because Sandia Mountain Wilderness is essentially against the eastern city limits of Albuquerque, the 117 miles of well-maintained trails here see more use than any other trail system in New Mexico. The 37,877 acres of Sandia Wilderness are mostly on the western slopes of the Sandia Mountains, but pieces of the Wilderness do cross over to the eastern side of the crest near the north and south ends. Most of these slopes are heavily treed with spruces and firs at the top and covered with Ponderosas and other conifers in the middle. These mountains see a lot of migrating raptors in the spring and fall. There's a good population of mule deer, coyote and black bear up here, too. There's an enclosed tram that makes the journey from Tramway to Sandia Crest, affording some great views of the area while being suspended high in the sky as it makes its way up the hill. From the top you can access the Crest Trail, 26.5 miles of trail running along the crest of the Sandias at the top edge of the Wilderness. Anywhere you go here, you'll want to carry your own water.

Sandia Mountain Wilderness is entirely within the boundaries of Cibola National Forest. 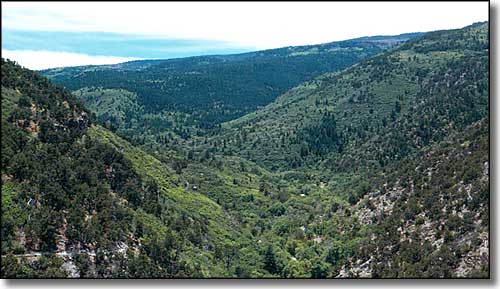 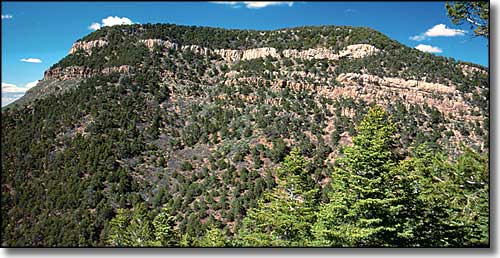 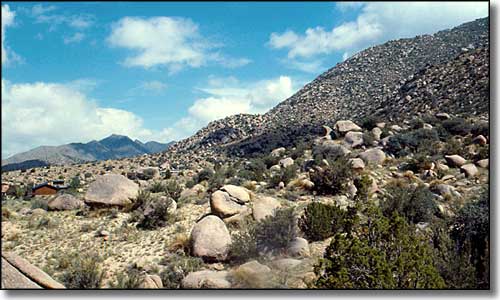 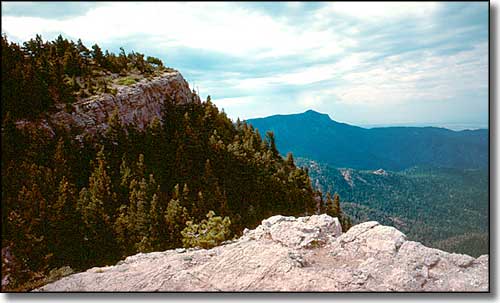 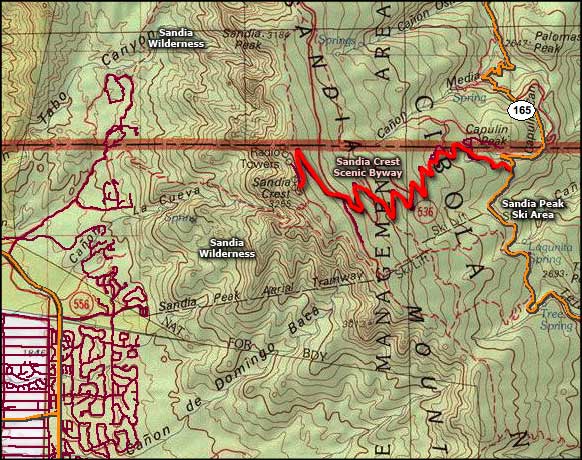