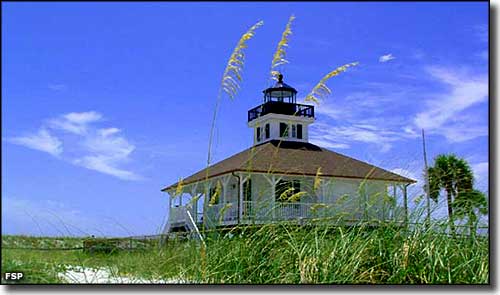 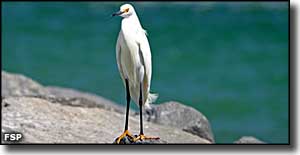 Part of a chain of barrier islands along Florida's Gulf Coast, Gasparilla Island is on the Gulf side of Pine Island Sound, near the mouth of Charlotte Harbor. Centuries ago, the Calusa tribe used this area for shelling and fishing, leaving behind large mounds of oyster shells. Spanish fishermen arrived in the 1700's and set up camps along the shore, catching and then shipping their fish to Cuba. American settlers arrived in the 1800's, attracted to Charlotte Harbor by the great fishing and shipping opportunities. By the early 1900's, Boca Grande Pass was famous among sport anglers for the great tarpon fishery in the area. The Coast Guard built the Boca Grande Lighthouse in 1890 and operated it until 1966. Florida came into possession of the property in the early 1980's, opening Gasparilla Island State Park in 1983 and rededicating the renovated Boca Grande Lighthouse in 1986. The Lighthouse is now listed in the National Register of Historic Places.

Gasparilla Island State Park can be accessed via the Boca Grande Causeway (a private toll road) from County Road 775 in Placida. The park is open from 8 am to sunset, every day of the year. There are fees involved. 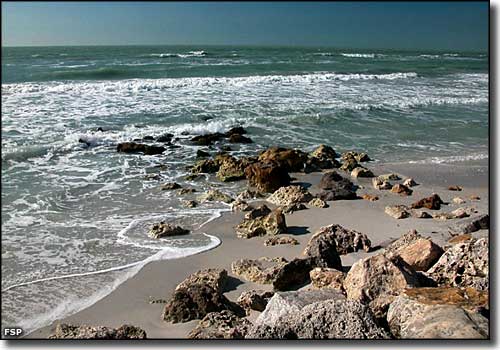 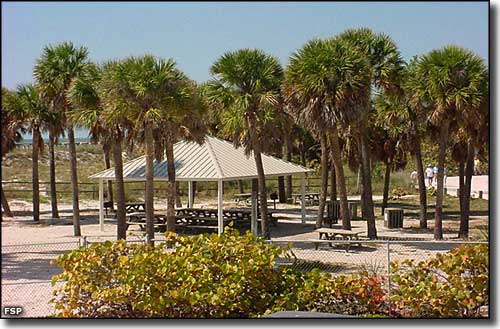 One of the picnic pavilions 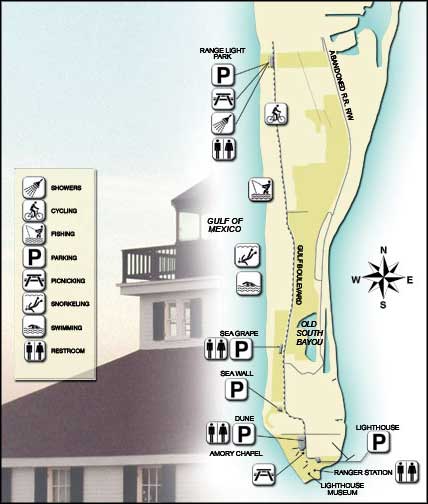