Kayaking on the St. Francis River

The majority of the forest is located in the Ozark Highlands, a geologic landform that accreted to the mass of the Laurentia craton more than 600 million years ago. Since that time global sea level has risen and fallen but it has never reached the top of the Ozark Highlands. The rock of the Ozark Highlands is Mississippian limestone (from the Carboniferous Period) and is riddled with caves, more than 5,000 of them. Many of those are home to large permanent springs. Some of those large permanent springs add their waters to the Eleven Point National Wild & Scenic River, making it one of the larger rivers to cross Mark Twain National Forest.

Like most National Forests east of the Great Plains, Mark Twain National Forest was assembled from abandoned, logged, nutrient-exhausted and eroding homesteads, farms and woodlots. The Civilian Conservation Corps arrived in the early 1930's and replanted pines everywhere they were needed, then built roadways and facilities for the future. Today, a visitor wouldn't know that it had been any different than what we see now.

On the Ozark National Recreation Trail 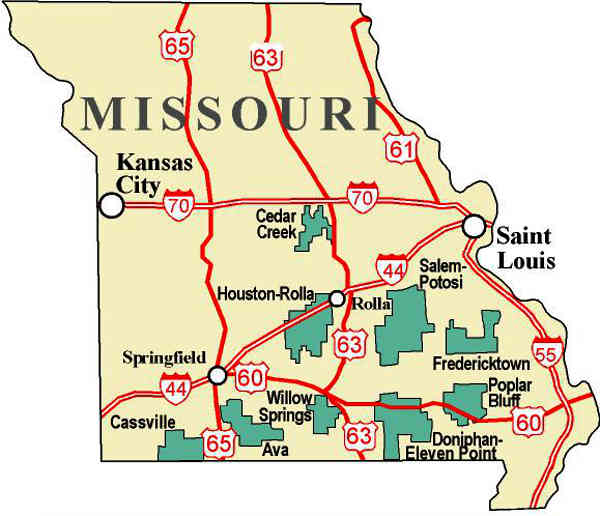