The entrance to the Anasazi Heritage Center 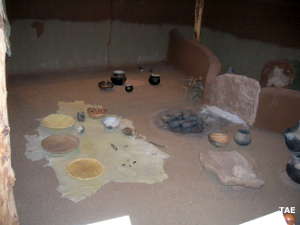 The Anasazi Heritage Center is a place I wanted to get to for a long time. The displays inside are among the best in the world in regards to the Anasazi people, their way of life, what they left behind, and the archaeologists who have explored what has been found. I was not disappointed: I found more than I expected.

The displays were excellent. The artifacts that were on display when I arrived are some that usually don't come out in public. Like almost every large museum, only about 10% of what they have is on display. But when I arrived, they had a large display of pottery that usually stays hidden because of its fragility. After 20 years in this area I've seen a fair bit of pottery, but this was looking at the 700-to-1200 year old sources of today's designs. Such a treat!

There was also another large room full of their regular displays: a pithouse with artifacts, tools, calendar explanations, more pottery, photos of excavations, charred remains of stuff... Even the entry lobby was full of displays. And the bookstore had a couple things I haven't seen anywhere else yet.

The Anasazi Heritage Center has also excavated, stabilized and preserved two pueblo ruins on site: the Dominguez and the Escalante. The Dominguez Pueblo was built for a typical family unit of 4 to 8 people and sits right outside the front entrance to the Heritage Center. 18 similar sites were found all around this hill with Escalante Pueblo at the top. I was here for several hours and took the walk to Escalante Pueblo, enjoying some great views of McPhee Reservoir along the way.

One of the surprises when I came here was the parking lot: it was full at mid-day. Half the folks were in large RV's towing vehicles. I really didn't expect to see so many people here at the end of September.

Inside the entrance to the Anasazi Heritage Center

Archaeologists from the University of Colorado excavated about 1/3 of Escalante Pueblo in 1975-1976. From their studies, they estimate the original structure to have been built about 1129 AD, when the influence of Chaco Canyon was waning. Most of the pottery they found is of the Northern San Juan persuasion and not Chaco-style. The original folks who built Escalante Pueblo lived here only about 10 years before moving on. Another group of Northern San Juan people reoccupied the pueblo briefly around 1150 AD. There was a final occupation of a few rooms of the pueblo around 1200 AD. 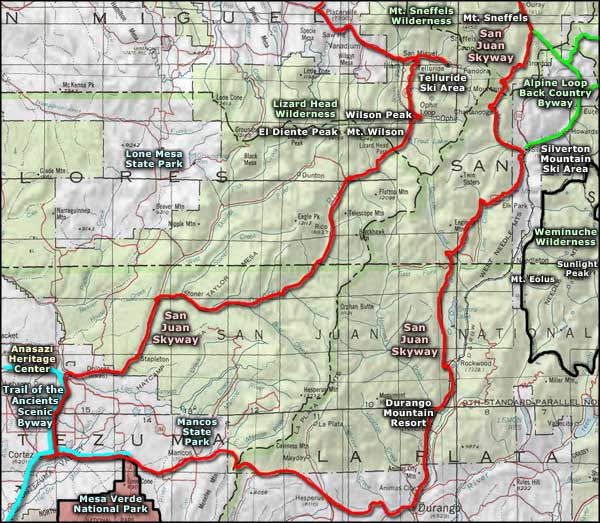