Dine'Tah "Among the People" Scenic Road 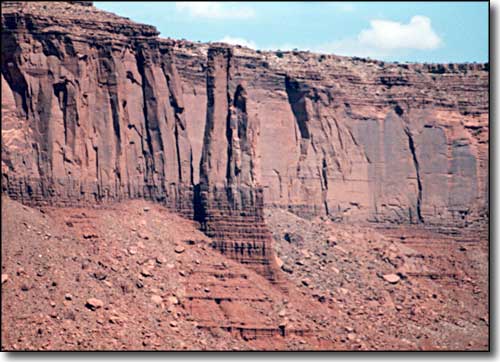 A typical view in parts of the Navajo Nation 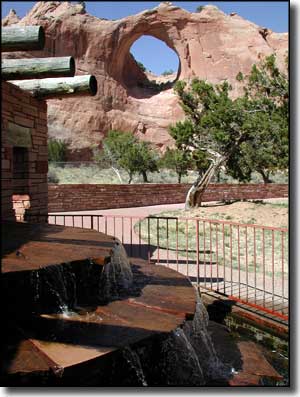 Technically, the Dine'Tah "Among the People" Scenic Road only consists of two sections of a single road. The road crosses the state line between New Mexico and Arizona and that's where the problem lies. The "official" scenic road is only on the Arizona side of the line. The southern section runs from Lupton north through the Navajo Nation capital of Window Rock to the state line. Then it picks up again further north in the Lukachukai Mountains when the road crosses back into Arizona, wraps around the north side of Canyon de Chelly National Monument and turns southwest to end at Chinle. At no point does the route leave the Navajo Nation.

At Lupton, the road begins among those beautiful high red-and-orange sandstone bluffs that line Interstate 40. The road slowly rises up through the canyon to the north until you reach St. Michaels and Window Rock. At St. Michaels is a historical museum with many artifacts from Navajo history on display. The stone building was originally used as a trading post but three Franciscan priests took it over in 1898 and used it as a chapel and residence. Then in 1900, it became the St. Michaels Indian School with 50 Navajo students. The nun in charge was Mother Katherine Drexel, a former Philadelphia socialite and heiress. In 2000, Pope John Paul II canonized her as a saint. While the St. Michaels school and mission are still serving the Navajo community, the old stone building has been converted to a museum housing exhibits pertaining to the history of the region's missionary and reservation life in the early 1900's. Then there's the Navajo Nation Museum, Library and Visitor's Center in Window Rock. While in Window Rock, you should probably also check out the rock formation that the town gets its name from. Window Rock itself is a sacred site for the Navajo: it is one of only four places on Earth where Navajo medicine men seek water for use in the Waterway (Towhee) ceremony (one of their most sacred rituals). You'll need a Navajo guide with you to explore the Anasazi ruins at the foot of Window Rock.

The northern section of the road is deep in Red Rock Country. Canyon de Chelly is very important in Navajo history and this route passes by several overlooks above the canyon, some giving views into places that were significant in the early days of Navajo-European contact. One of them is Massacre Cave, a place where the Spanish caught a group of Navajo women and children hiding and killed them all: first by shooting down a rock ledge that fell on and crushed many of the hiding people, then by shooting into the cave from above and from the sides. It was also in these canyons that Kit Carson and units of the US Army captured thousands of Navajos in the 1860's and forced them to march to Bosque Redondo (in eastern New Mexico). Many Navajos died on the march to that internment camp and many died while they were there. A few years later the US Government relented and allowed the Navajo to return to their homelands. East of Canyon de Chelly are the Lukachukai Mountains, an area with deer, elk and black bear living in a Ponderosa pine forest rising above the incredible sandstone formations. At the end of the drive, though, what you'll probably remember most about this drive is the incredible countryside and the way the Navajo have adapted to living in it.

The official road is about 100 miles long but with the "gap" in the middle, it'll probably take you three hours of driving, unless you make regular stops and explore like I do: there are a lot of prehistoric Indian ruins scattered across this countryside. Be careful around the ruins, though, many of them require you to have a Navajo guide with you while you explore. 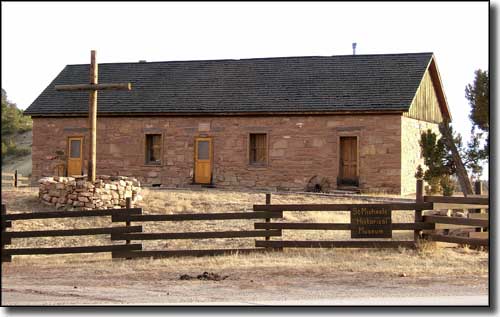 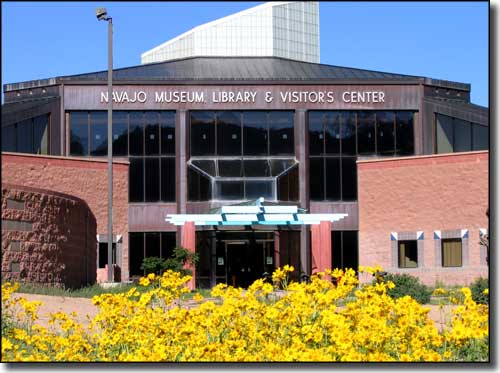 Another typical view in the area 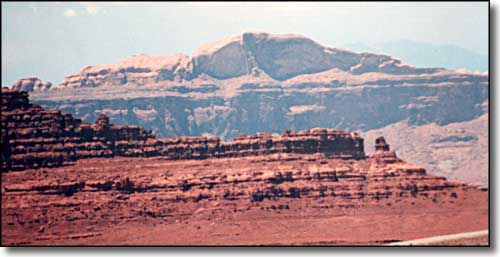 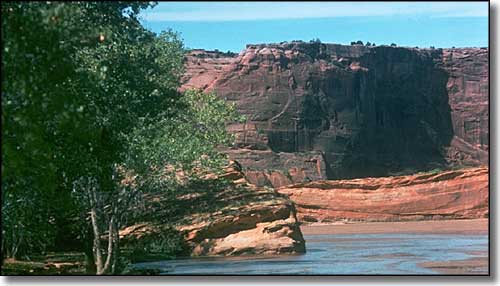 On the valley floor in Canyon de Chelly 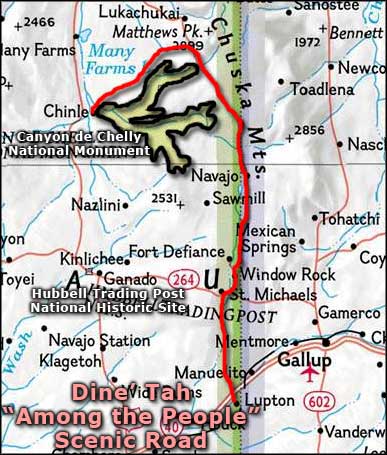 Dine'Tah "Among the People" Scenic Road
Photos of Window Rock and the museums are in the public domain
Other photos are courtesy of TheArmchairExplorer, CCA-by-SA 3.0 License
Map courtesy of National Geographic Topo!