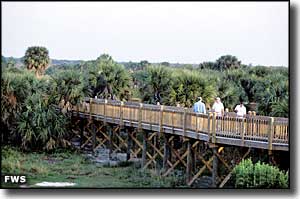 Pelican Island National Wildlife Refuge was designated by President Theodore Roosevelt on March 14, 1903 as the first National Wildlife Refuge in the United States, but for many years, no funding was provided to ensure that the designated wildlife refuge actually was a bona fide sanctuary for wildlife. Paul Kroegel, a major advocate for the protection of the island and all its resident avian species, was the first refuge manager and was paid the handsome sum of $1 per month by the Florida Audubon Society. The first ten years of being a wildlife refuge saw the insane demand for plumes in the fashion industry decline precipitously but then came a controversy in which local fishermen thought the pelicans of Pelican Island were eating too many fish and thereby causing the already over-worked fishery to decline still further. In 1918, the fishermen attacked Pelican Island and clubbed more than 400 pelican chicks to death. Shortly after that, the Florida Audubon Society proved that the majority of the pelican's diet is made up of essentially non-commercial baitfish and the threat from the fishermen soon abated. Then a hurricane in 1923 caused the birds to abandon the island. With no birds to protect, Paul Kroegel was laid off in 1926. Not too long after, most of the birds returned to the island but there wasn't another caretaker appointed until the mid 1960's.

At that time, the area was under assault by land developers who wanted to build on surrounding islands and wetlands. At that point, the State of Florida agreed to add another 422 acres of surrounding mangrove islands to the main part of the refuge. A few years later, Florida added another 4,760 acres of submerged lands and mangrove islands to the land lease. In 1970, Pelican Island itself became a designated National Wilderness (the smallest wilderness in the National Wilderness Preservation system). Since then, Pelican Island National Wildlife Refuge has added another 500 acres of property along its eastern boundary through acquisitions, conservation easements and management agreements, to provide a direct link to the Archie Carr National Wildlife Refuge and provide a better buffer against the surrounding/encroaching development.

Pelican Island's second resident caretaker/manager (Paul Tritaik) came on the scene in 1993. For 7 years he managed the property from his home, then he was finally given additional staff to work with. In 2003, the National Wildlife Refuge system officially celebrated its 100th birthday with the opening of the Centennial Trail at Pelican Island. The Centennial Trail is mostly on a boardwalk that runs along the edge of Indian River Lagoon and allows folks to see firsthand the wonders that made this place the first designated National Wildlife Refuge on Earth. There is an 18' observation tower along the route that allows people to see the island that began it all. Depending on when you visit, you'll find somewhere between 30 and 130 different species of birds on the refuge.

Pelican Island National Wildlife Refuge is open to the public from 7:30 am to sunset daily, 7 days a week. Pelican Island itself is accessible by boat only, and even then, boats are not allowed inside the posted "closed area" signs around the island. Boating is allowed in all the other open water areas of the refuge but you'll also want to observe the posted slow speed zones around the refuge set up to protect the manatees that also frequent these waters. There are several commercial operators on the Indian River Lagoon who offer rentals and guided daily tours of the area but depending on the weather and the season, you'll probably want to make reservations well in advance of your arrival.

The fishing opportunities in the refuge waters for mangrove snapper, redfish, sea trout, snook and other sport fish are good. Non-commercial shellfish harvesting is also allowed, as long as you stay out of the designated commercial shellfish lease areas. Pelican Island National Wildlife Refuge is an integral part of the Indian River Lagoon Scenic Highway and a designated site along the Great Florida Birding Trail. 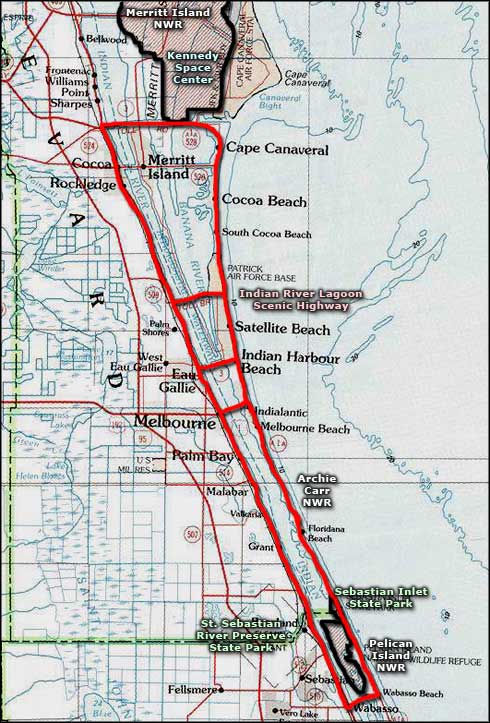