Within the properties are a good chunk of what remains of endangered Florida scrub habitat. The Carter Creek unit has one of only 12 populations of the extremely rare (and endangered) Florida ziziphus. Flamingo Villas contains the only protected habitat for Garrett's scrub balm, a woody mint that only exists in Highlands County. Scrub lupine, another extremely rare plant, is protected on the Lake McLeod unit. 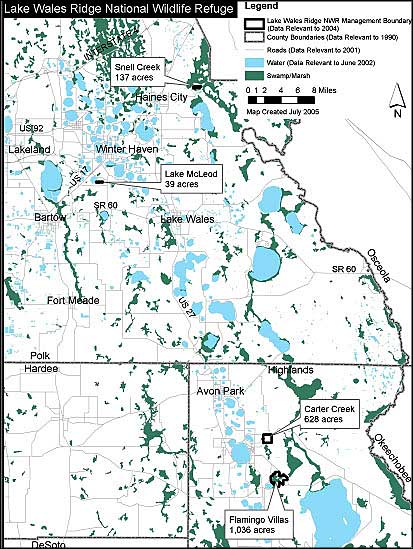