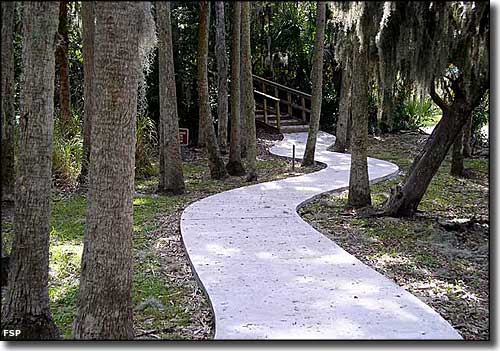 The first Florida State Archaeological Site, the Madira Bickel Mound is an ancient ceremonial mound composed of sand, clay, shell middens and village refuse going back some 2,000 years. The Madira Bickel Mound is 100 feet wide, 170 feet long and 20 feet high. Archaeologists digging in the mound have determined at least three periods of Native American cultures using the flat-topped mound. When the mound-building was begun during the Manasota Period, life was pretty simple in this area and there weren't a lot of complex artifacts found in that part of the mound. The second period of usage, the Weedon Island Period, extended for about 600 years, beginning around 700 CE. The Weedon Island Period produced some beautifully artistic pottery, remnants of which have been found in mounds all over Florida. The third period, the Safety Harbor Period, began around 1300 CE and was still in full flow when the first Spanish explorers arrived and brought all their wondrous European diseases with them: those diseases being a primary factor in the destruction of the local Tocobaga Indians and their culture.

Karl and Madira Bickel bought the mound and ten acres around it, donating the whole property to the State of Florida in 1948. While there are plans to construct a nature trail and kiosk with historical information about the mound, at the present time the site only offers a couple picnic tables. There is also a sidewalk and set of stairs leading to a viewing area on top of the mound (the sidewalk and stairs were built by volunteer Jack Bousfield).

To get there: Bayshore Drive is about 1 mile south of Interstate 275, off US Highway 19 in Palmetto. Once you turn onto Bayshore Drive, go about 1.5 miles to the entrance and parking area. This is a day-use only park, open from 8 am to sunset, every day of the year. There is no admission fee charged. 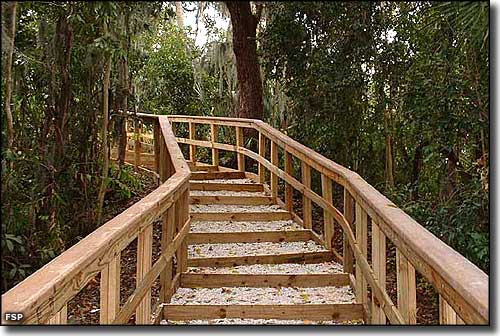 The stairway leading to the top of the mound 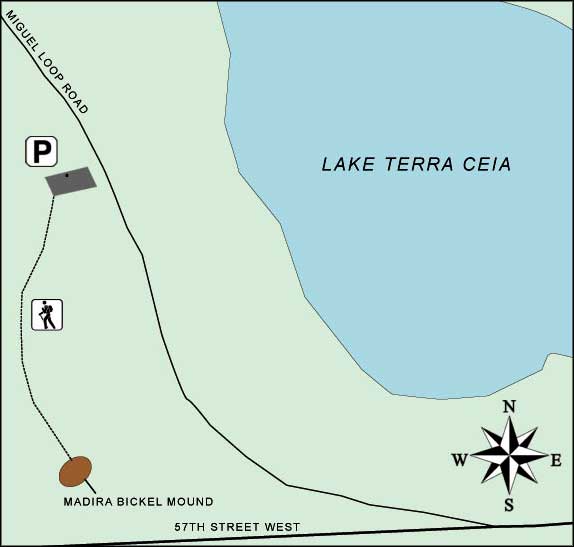