At the entrance to Penitente Canyon 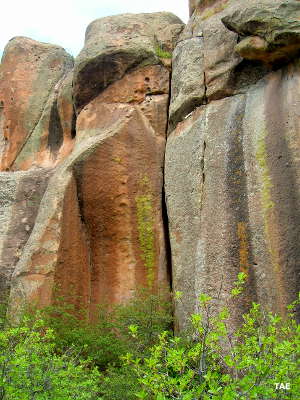 The name comes from the Penitente Brotherhood (Los Hermanos Penitente). They were Spanish and Indian men of deep faith and commitment who were trying to live in this area without the blessings of a priesthood that had mostly been deported by the government of Mexico in the early 1800's. Los Hermanos gravitated to the lesser traveled areas at the edge of "civilization" in order to practice their religion and live their culture freely. One of their symbols is the six-directional cross (attributed to the Indian influence on Catholic rituals and symbology). Deep in Penitente Canyon, you'll come to a vertical wall with a painting of the Virgin Guadalupe with the words "Consuelo y Espiritu" (Comfort and Courage) inscribed around her. The artwork was painted sometime between 1940 and 1980 by three local Hispanic men. Two of them left their signatures near the foot of the Virgin. While there are no other obvious indicators of their presence in the canyon, the descendants of Los Hermanos still inhabit the area and are said to still visit the canyon regularly. In other areas of Penitente Canyon you'll come across petroglyphs left by Native Americans who used this area for hundreds of years during the summer as hunting grounds (until the Hispanic and Anglo Americans came, no one lived in the San Luis Valley year-round).

The 7,529-acre Penitente Canyon Special Recreation Management Area includes Penitente, Sidewinder, Rock Garden and Witches Canyons in addition to large areas atop the mesa the canyons are eroded into. The photos on this page were taken during a walk in early May along the bottom of Penitente Canyon and then up the canyon wall on the Rock Garden Trail. During that walk, I only came across two people in the canyon and they were slowly making their way up one of the rock faces in the rear of the main canyon.

There is a moratorium in place forbidding the placement of new hardware in the rock: there's a lot of hardware in place already. This canyon has seen so much usage by folks learning and practicing their climbing skills that you'll see plenty of damage in those areas that see the most traffic. If something looks like you can climb it, it has already been climbed. At this point in time, the most popular routes are becoming "greasy" from all the traffic. As this rock is basically volcanic tuff, fresh routes tend to be "sticky" and easier (and safer) to climb. That said, weekends on this property can be pretty crowded.

The most vertical faces are on the reddish-colored rock on the north side of the canyon. That color and "verticality" are products of the level of direct sun exposure. The rocks on the south face of the canyon tend to be more gray and more rounded with a more gentle slope to them.

Volunteers helped to install the barriers at the entrance of the canyon (to keep motorized vehicles out) and worked to designate parking areas, trails and campsites. The BLM also built a permanent restroom facility at the parking area and installed an informational kiosk and interpretive signage. Penitente Canyon is now officially a "fee area" and non-payment often results in $50 citations. 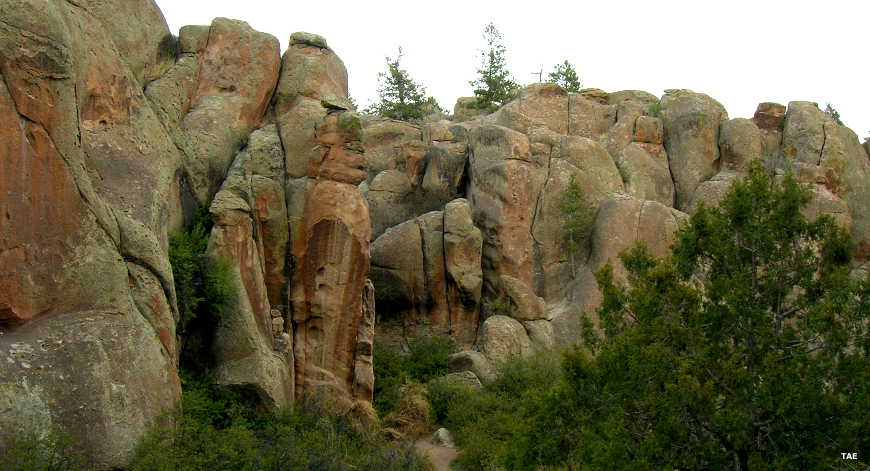 Notice the coloration in the rhyolite: evidence of geological pressure when the rocks were first formed 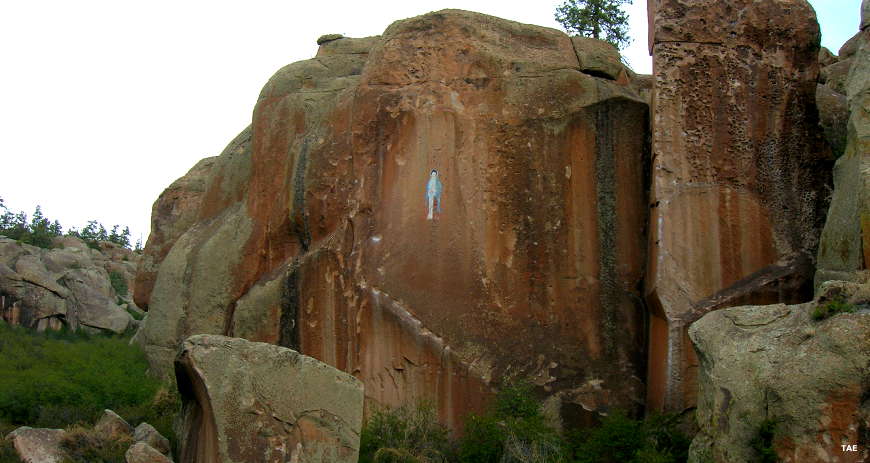 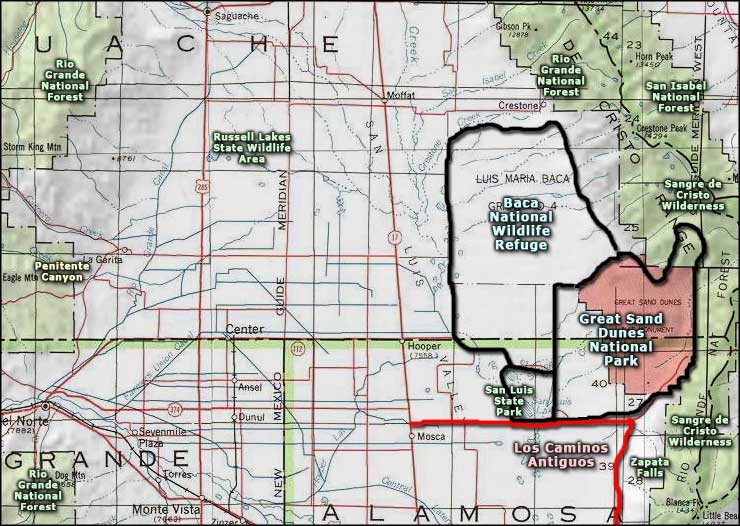