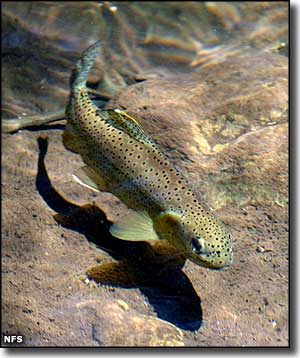 Saddle Mountain Wilderness is a 40,539-acre property that hangs off the eastern edge of the Kaibab Plateau. Part of Kaibab National Forest that butts up against Grand Canyon National Park to the south, Saddle Mountain Wilderness is a rugged land of steep scarps rising above narrow drainage bottoms. Bushwhacking is exceedingly hard in this countryside but there are a few good trails.

Elevations rise from about 6,000' at the rim of Marble Canyon to about 8,000' on top of Saddle Mountain itself. Saddle Mountain is a long ridge with gentle slopes that hit the eastern and southern rims and drop dramatically, very quickly. The southern edge of the property is on the Nankoweap Rim, the beginning of the Grand Canyon. Lower elevations sport a pinion pine and Utah juniper cover, upper elevations are in the Ponderosa pine forest. There are four year-round springs on the property: three in the bottom of North Canyon and one in the bottom of South Canyon. The main stream in North Canyon is large enough to support a small population of endangered Apache trout. You'll also find mule deer, turkey and grouse out there, and lots of rattlesnakes.

Saddle Mountain Trail runs south for about four miles along the ridge top on the Kaibab Plateau, leading over the summit of Saddle Mountain and then down into Grand Canyon National Park. Along the way are some incredible views of Marble Canyon, House Rock Valley, the Vermilion Cliffs and Cocks Comb Ridge. North Canyon Trail is a seven-mile trail that begins near House Rock and follows the bottom of North Canyon until it climbs a very steep face up and onto the Kaibab Plateau. South Canyon Trail is a bit easier to travel and is only four miles long but also climbs a steep face up onto the plateau. Both canyons are easier to hike downhill, but the steep sections are very steep and you want to have some experience (they're not quite technical but...) In many places you'll come across ruins that were built and then abandoned by the Sinagua people 900+ years ago. If you come across something in these areas that catches your interest, enjoy it and then leave it where you found it.

Because of the location, Saddle Mountain Wilderness sees a lot of human impact. Winter and early spring see less of a crowd but that's because the snow on the ground can make getting around really difficult. At times in the summer though, peak usage can trigger Forest Service closures: you might want to call ahead to be sure. Another thing to look out for is free-ranging bison: there's quite a few of them wandering around in the upper areas of House Rock Valley. 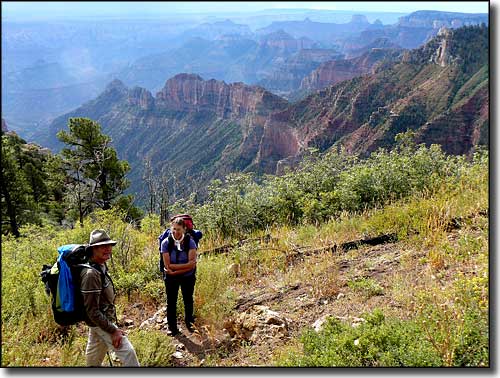