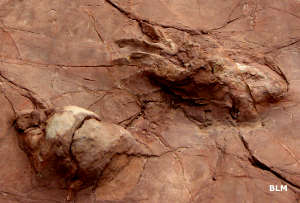 There are quite a few BLM sites in New Mexico that are primarily for Off-Highway Vehicle (OHV) use. OHVs include dirt bikes, ATVs, rock crawlers, some motorcycles, etc. In New Mexico, that means if you aren't somehow exempted by the New Mexico Department of Motor Vehicles, your vehicle must be registered and carry a license plate on it. Drivers must also have a valid driver's license or learner's permit, or be directly under the supervision of a licensed person at least 18 years old, or be certified by the state as being competent to drive OHVs as a result of passing a state approved operator's training program.

Anyone between the ages of 13 and 69 needs to have a Habitat Improvement Stamp in order to fish on BLM lands in New Mexico.