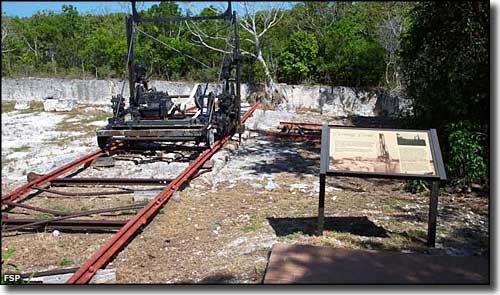 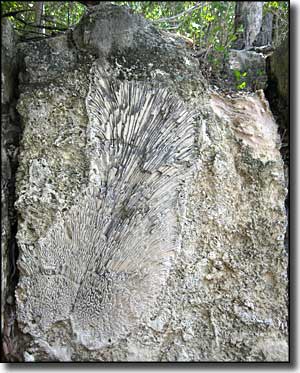 In the early 1900's, Henry Flagler was building his railroad through the string of Florida Keys out to Key West. The quarry established at Windley Key provided a lot of the materials he needed for the track bed. At Windley Key, the railroad builders found access to a large chunk of fossilized coral reef, so they built up a quarrying operation that survived long after the railroad build-out (completed in 1912) and provided a decorative stone (known as "Keystone") up into the 1960's when the operation was finally shut down.

Windley Key Fossil Reef State Park was opened to the public in 1999, after many years of effort by Allison Fahrer to have the quarry site preserved. Today, folks can walk through the eight-foot-high walls of the Key Largo limestone quarry and see cross sections of geologically ancient Florida history. Samples of the quarry machinery have been preserved and there are historical photos and exhibits about the railroad, the flora and fauna of the Keys and Florida Keys' geology on display in the Alison Fahrer Environmental Education Center.

Windley Key also offers about 1.5 miles of self-guided interpretive nature trails through the tropical hardwood hammock. Along the trails you'll find more than forty species of plants and trees native to Florida's Keys. Depending on the season, you might also find a couple hundred species of birds hanging out.

There are several picnic tables scattered through the quarries, they're just a bit "shade-challenged."

Windley Key Fossil Reef Geological State Park is closed on Tuesday and Wednesday. The Education Center is open Friday through Monday, from 9 am to 5 pm. Guided tours of the quarry are available at 10 am and 2 pm on Fridays, Saturdays and Sundays. To get there: Go to mile marker 84.9 on US Highway 1 near Islamadora. 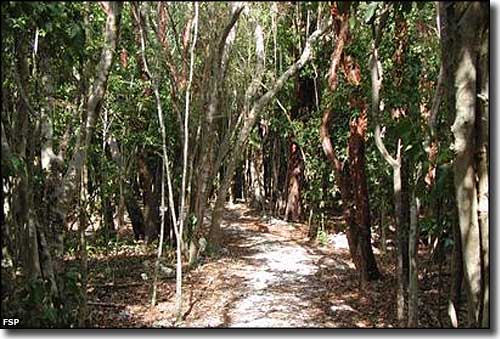