Established in 1980, Crocodile Lake National Wildlife Refuge contains about 6,700 acres designated for the protection and preservation of critical breeding habitat used by the American crocodile and other wildlife. The property is a patchwork of salt marsh, tropical hardwood hammock and mangrove forest. Six of the species that live here are on the Federal Threatened and Endangered Species list.

This refuge is unusual in that not long ago, the area was slated for residential development. The developer dredged canals for boat access and left the diggings piled in berms on the banks of the would-be canals. This "dredge-spoil" is now an important nesting area for the crocodiles. The Refuge also preserves a large tract of tropical hardwood hammock on the northern end of Key Largo, which is the preferred living area for endangered species like the Key Largo cotton mouse, Key Largo woodrat, Stock Island tree snail, Schaus swallowtail butterfly and Eastern indigo snake.

Crocodile Lake NWR is located on the north end of Key Largo with an office on State Road 905, about 2 miles north of US Highway 1 near mile marker 106. There is a self-guided nature trail adjacent to the Refuge at the Key Largo Hammocks State Botanical Site: from the trail you can see similar habitat and wildlife. There is also an interpreted butterfly garden next to the refuge headquarters that is open to the public.

Crocodile Lake National Wildlife Refuge is administered as part of the National Key Deer Refuge Complex and is presently closed to general public use because most of the protected wildlife here is very sensitive to human incursions. 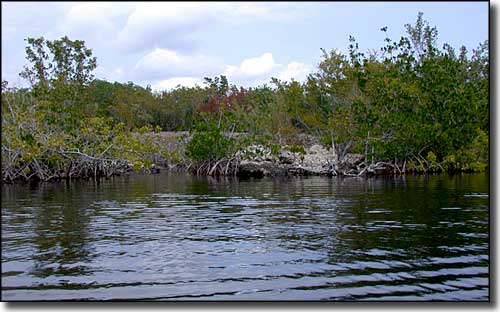