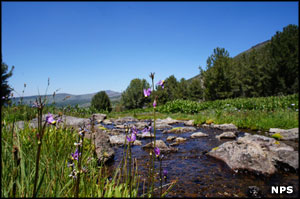 Modoc National Forest is a 1,654,392-acre property in the northeastern corner of California. It's an interesting area in that virtually the entire region was covered by an immense lava flow millions of years ago and the landscape is cut deeply by the rivers flowing across it. There is also evidence of serious faulting and uplift as the Warner Mountains, in the eastern part of the forest, slope gently up from the west and drop sharply to the east. On the western side of the forest is Lava Beds National Monument, Tule Lake National Wildlife Refuge and the Tule Lake Internment Center. Modoc National Forest also abuts Shasta-Trinity National Forest on the southwest and Klamath National Forest on the west.

Elevations vary from about 4,000 in some of the valleys to 9,906 feet on the summit of Eagle Peak in South Warner Wilderness. The topography is diverse as the Warner Mountains are heavily forested on the gentle western slopes, the central areas are mostly high plateaus dominated by ancient lava flows and sage steppe and the western edge overlies the Medicine Highlands, home of the largest shield volcano in North America. 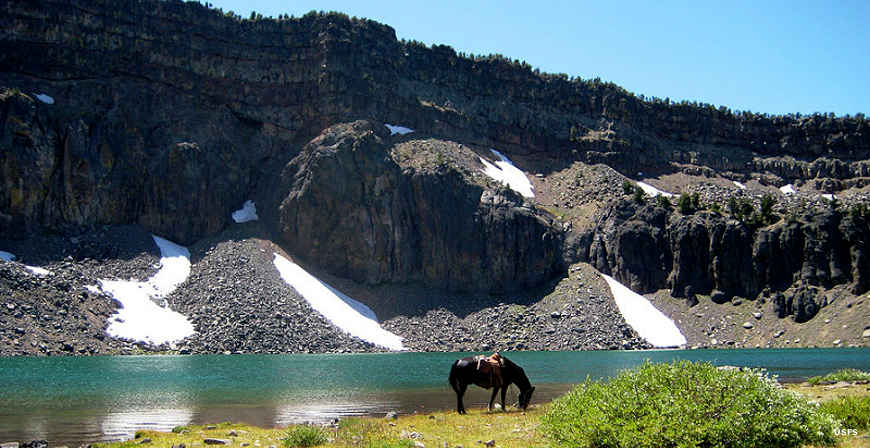 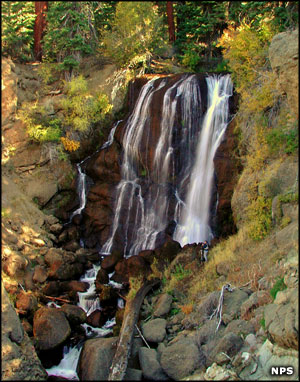 The Medicine Lake Highlands volcanic area is more than 200 square miles in size. The caldera of the volcano itself is about 6 miles long by 4 miles wide but lava squeezed up through the fracture lines around it and formed a series of rim volcanoes. Those volcanoes then poured lava back onto the caldera floor and down the outer edges of the rim. Today what we see is a lava covered countryside of moderately sloping to steep mountains. Snow usually blankets the area from November into mid-June with an annual average accumulation of 10 feet or more... Medicine Lake itself is within the bounds of the original caldera. Scattered throughout the highlands area are numerous obsidian quarries used by Native Americans as much as several thousand years ago to fashion sharp arrowheads and cutting tools. In the 1960's, NASA astronauts trained in the area for future Moon landings. A note: collecting obsidian within the Medicine Lake Highlands is against the law. On the east side of Modoc National Forest are 4 obsidian mines where it is legal to collect obsidian once you have obtained a free collection permit.

The forest hosts a large number of different plant and animal species due to the differences in elevation and precipitation. The western slopes start up the hill covered with a dense chaparral of bitterbrush and curl-leaf mahogany. As the elevation rises, that gives way to forests of ponderosa pine, red and white firs, incense cedar and aspen. Then that gives way to western white pine and lodgepole pine in the highest elevations. About 43,000 acres of Modoc National Forest are classed as old growth, the majority of that being ponderosa and lodgepole pine, white and red fir and incense cedar. Among the animals found on Modoc National Forest are Rocky Mountain elk, mule deer, pronghorn antelope, black bear and wild mustangs. The Forest is directly in the path of the Pacific Flyway and plays host to hundreds of thousands of migratory waterfowl every spring and fall. 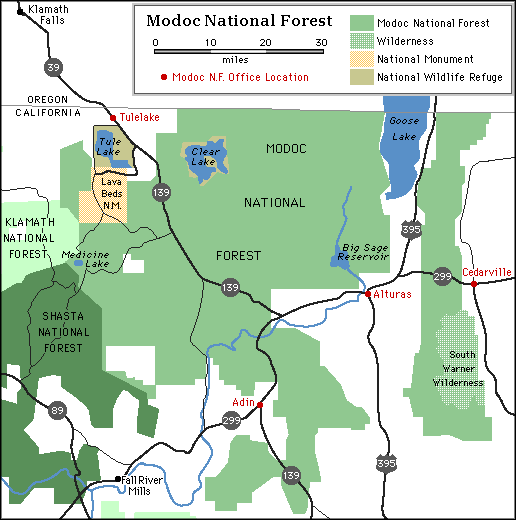