The mission at Tumacacori 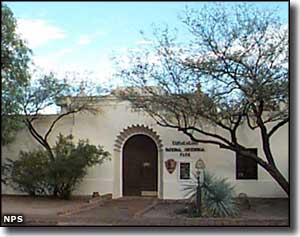 Tumacacori National Historical Park was established to protect the remains of three Spanish colonial missions. More than twenty missions were established in those early days but these three are among the best preserved. The park is scattered across three sites: Tumacacori, Calabazas and Guevavi, with a visitor center at Tumacacori. The site at Tumacacori is the only one that doesn't require that visitors be in the company of a park ranger to explore. The site at Tumacacori is in the town of Tumacacori and contains about 310 acres. The entrance to the property is through the visitor center. The other two sites are considerably smaller. Guided tours of the other sites only happen in spring and fall.

In the early days, the local O'odham Indians didn't have much of a problem with the Spanish invaders. However, the flood of Europeans really began in the 1730's with Spanish and Basque ranchers and prospectors. Discovery of gold and silver aggravated problems and the missions and Spanish settlements came under increasing attack from marauding Apaches. That was when the Presidio at Tubac was founded to house Spanish military personnel who were charged with defending the European settlers. It didn't work very well and by the late 1700's, many of the settlements and missions were abandoned. 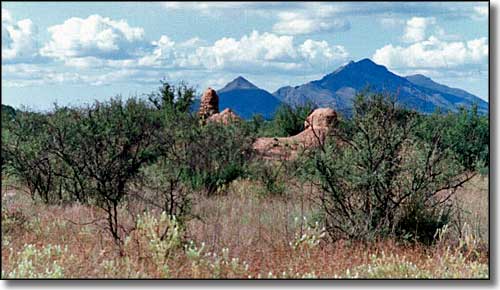