The Tonto Basin is in the physiographic area between the Colorado Plateau to the east and north and the Sonoran desert to the south and west. With rich soils on the valley floor and regular flooding from the perennial Salt River, this area has been occupied by humans for several thousand years. The first permanent settlers arrived between 100 and 600 CE, leaving behind a small settlement of 15 pithouses in an area now known as Eagle Ridge. Around 600 CE they migrated downstream on the Salt to the area where Phoenix is today. About 150 years later their descendants returned to the Tonto Basin and built several more pithouse villages. Over the next 400 years they dug irrigation ditches and grew squash, beans, corn and cotton in the valley. Their trade network reached from the Gulf of California to Colorado. During this time period is when the Puebloan peoples to the north and east reached their peak populations and started to stress the local environments with their efforts to feed and house so many people. Then drought set in and folks had to move. Some went north to the settlements at Mesa Verde, some went down to the Rio Grande pueblos. Some came here to the Tonto Basin, bringing with them new technologies, ideas and philosophies. About 1250 CE is when the first Salado polychrome pottery began to appear and by 1275, there were thousands of people living all across the valley floor in this area. As more migrants moved in, masonry constructions started to appear further up the hillsides and even on the cliff walls in the valleys around Tonto Basin. Things were good up until about 1330 when the drought started to settle in in this area. What aggravated the time of drought were the times when the Salt River flooded, catastrophically, wiping out many of the lowland farms and destroying the irrigation canals and ditches. By the late 1300's, the different pueblos were all fighting with each other, trying to survive in a continually worsening environment. According to the oral histories of the descendants of those people, around 1450 is when the majority of the Salado people in the Tonto Basin finally gave up and migrated elsewhere. They left behind many different types of settlements and masonry pueblos in the surrounding countryside but only two major ones are protected as part of Tonto National Monument.

The Spanish explored in this area in the 1500's but found nothing of interest and left. It was the 1870's before American ranchers and soldiers came in to settle. The earliest records of Americans coming to tour the ruins at Tonto Basin date from the early 1880's. It was the hordes of folks coming to work on Roosevelt Dam in 1906 that forced the government to take action to protect these properties from the pot hunters and vandals. In 1907, President Theodore Roosevelt set aside 480 acres in this area to preserve two large Salado ruins and areas of interest around them. Since then, several academic groups have conducted excavations in the area and a lot has been learned about the Salado people and how they lived here. In addition to their elaborate polychrome pottery they wove intricate textiles made of cotton, the cotton seeds imported from South America. In their ceremonies they used seashells from the Gulf of California and macaw feathers from southern Mexico. Their goods and the technologies they used to produce them were a mix of things they learned from people spread across thousands of square miles of the American southwest.

Today, Tonto National Monument covers 1,120 acres, about half of it added during the tenure of President Franklin Delano Roosevelt. At this point, almost 70 separate archaeological sites have been found on the property.

Tonto National Monument is open from 8 am to 5 pm every day except Christmas Day. Folks arriving after 4 pm will not be allowed to travel uphill on the trails. The entrance fee is $3 for everyone age 16 and up. The entrance pass is good for seven days from date of purchase. Tours of the upper cliff dwelling require reservations and they tend to only happen from November through the end of April every year. Call 928-467-2241 for reservations and more info. 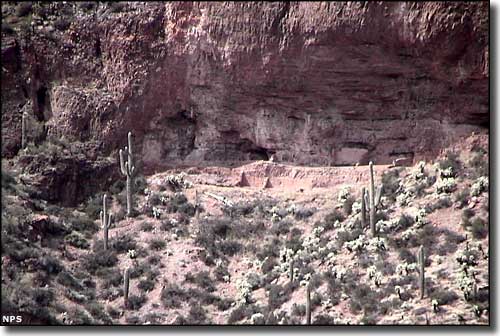 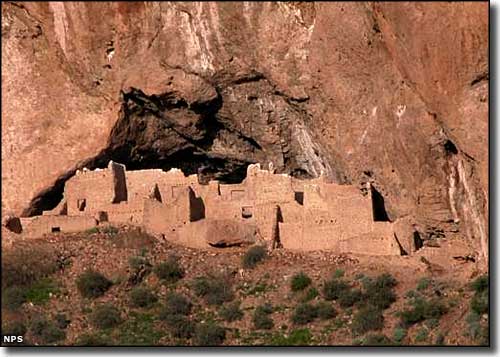 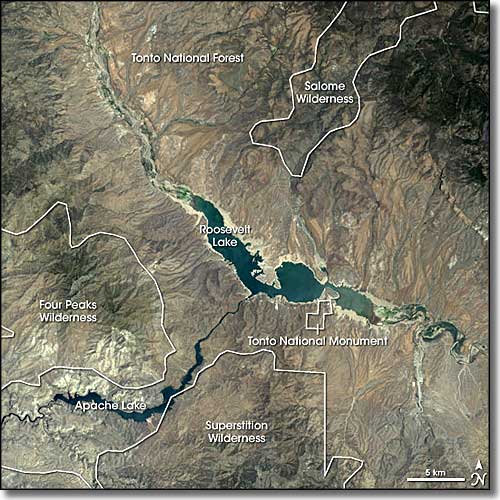