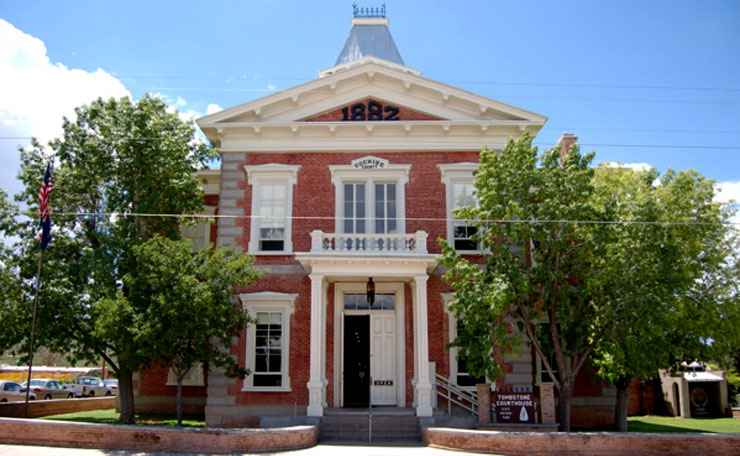 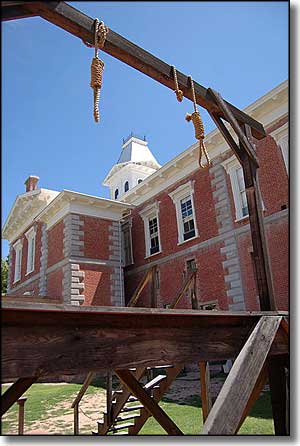 The Cochise County Courthouse was built in Tombstone in 1882 for a cost of nearly $50,000. It was a stylish building that housed the courtroom, the sheriff's office, the country clerk and recorder, the county treasurer and the county board of supervisors. The jail was under the courtroom, at the rear of the building.

A number of colorful people went through the building in those days (but it was opened for use long after the famous shoot-out at the OK Corral). Sheriff John Slaughter was a local cattleman who was voted into the job on his pledge to rid the county of outlaws. While he was in office, he was successful and none of the crooks came back until after he'd moved on. Then there was Deputy Sheriff Burt Alford, who was a wanted man in certain other jurisdictions.

Tombstone retained the county seat until it was outvoted by Bisbee in 1929. The last county office left the Tombstone Courthouse in 1931. Sometime in the 1940's someone tried to convert the old building into a hotel but they ultimately failed. Then the building stood empty until the Tombstone Restoration Commission bought it in 1955 and started to rehabilitate it into a historical museum. Arizona State Parks took over the property in 1959 and it has been a State Historic Park ever since.

The Tombstone Courthouse State Historic Park is open daily (except Christmas Day) from 9:00 AM to 5:00 PM on the corner of 3rd and Toughnut Streets, 2 blocks from Highway 80. The Park is ADA accessible and has restrooms and a picnic area. 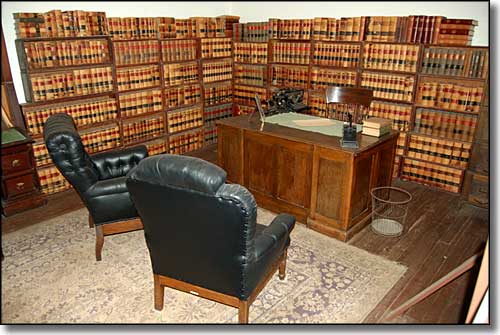 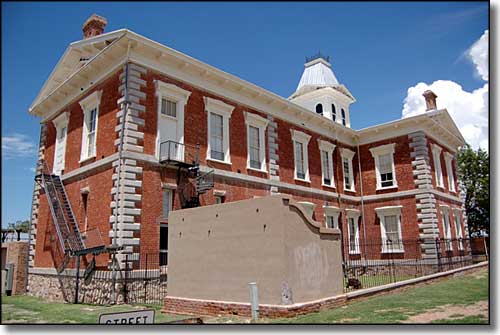