Canyonlands National Park preserves a colorful landscape of sandstones and shales eroded into countless canyons, mesas and buttes by the Colorado River, Green River and their tributaries. Located in southeastern Utah, the park sits in the heart of a vast basin bordered by sheer cliffs of Wingate Sandstone. The Colorado and Green Rivers divide the park into four districts: the Island in the Sky, the Needles, the Maze, and the river gorges themselves. While the districts share a primitive desert atmosphere, each retains its own character and offers different opportunities for exploration and the study of natural and cultural history. Most visits to Canyonlands involve camping along the trails, roads and rivers found here. The four districts are not directly linked by any roads, so travel between them requires two to six hours by car. Generally, people find it impractical to visit more than one or two districts in a single trip. My last visit was to the Island in the Sky area. As I was coming from the south, I did drive partway into the Needles area (via the Indian Creek Corridor Scenic Byway) but turned around at Newspaper Rock because of time considerations.

Island in the Sky is a broad and level mesa that sits about 1,200' above a sandstone bench known as the White Rim. The Colorado and Green Rivers are another 1,000' below the White Rim. The red and white banded rock pinnacles are what gave the Needles its name, but there are many other forms of sculpted rock there, including almost as many arches as are in Arches National Park. The difference here is the arches are much more widely separated and remote than at Arches National Park.

The Maze District is west of the Colorado and Green Rivers and is the least accessible part of Canyonlands National Park. The Maze is also one of the most remote and inaccessible areas in the United States.

The Horseshoe or Barrier Canyon Unit is a detached area to the north of the main portion of Canyonlands National Park. Horseshoe Canyon contains some incredible panels of rock art that pre-date the Ancestral Puebloans by up to 3,000 years, making these artworks some of the oldest in America.

Canyonlands National Park preserves one of the last relatively undisturbed areas of the Colorado Plateau, a geological province that encompasses much of the Colorado River and its tributaries. Carved out of vast sedimentary rock deposits, this landscape of canyons, mesas, and deep river gorges possesses remarkable natural features that are part of a unique desert ecosystem. The foundation of Canyonlands' ecology is its remarkable geology, which is visible everywhere in cliff profiles that reveal millions of years of deposition and erosion. These rock layers continue to shape life in Canyonlands today, as their erosion influences elemental features like soil chemistry and water flows.

Known as a "high desert," with elevations ranging from 3,700 to 7,200 feet above sea level, Canyonlands National Park experiences very hot summers, cold winters and less than ten inches of precipitation each year. Even on a daily basis, temperatures may fluctuate as much as 50 degrees. 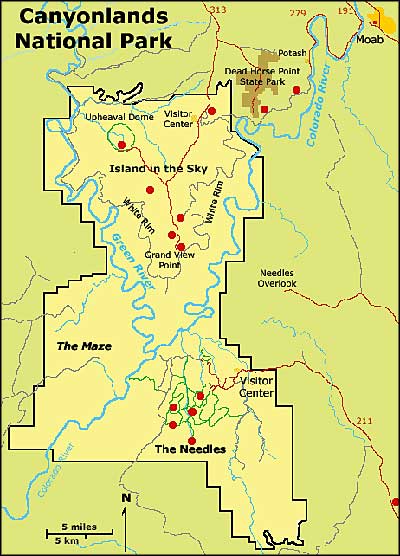 The plants and animals in Canyonlands National Park have made many adaptations that enable them to survive these conditions. Some species are found only in this area. The diversity of organisms reflects the variety of available habitat which includes lush riparian areas, swift rivers, ephemeral pools, dry arroyos, mixed grasslands and large expanses of bare rock.

Canyonlands National Park is also a showcase of geology. In each of the 4 districts, visitors can see the effects of millions of years of erosion on a landscape of sedimentary rock. For hundreds of millions of years, material was deposited from a variety of sources onto what is now the Colorado Plateau. As sub-surface movements in the earth''s crust altered surface features, and the North American continent migrated north from the equator, the local environment changed dramatically. Over time, southeast Utah was flooded by oceans, crisscrossed by rivers, covered by mudflats and buried by sand. The climate has resembled a tropical coast, an interior desert and everything in between.

Layer upon layer of sedimentary rock formed as buried materials were cemented by the precipitates in ground water. Each layer contains clues, like patterns or fossils, that reveal the general environment at the time of that layer''s deposition. For example, the red and white layers of Cedar Mesa Sandstone occur where floods of iron-rich debris from nearby mountains periodically inundated coastal dunes of white sand. Only a trace of iron is needed to color a rock red. It is difficult to imagine such major Earth changes and the time scale they span. Equally surprising is the fact that all this countryside was flat when these layers were first being deposited. Only recently, geologically speaking, have all the various layers been eroded to form the landscape we see today. 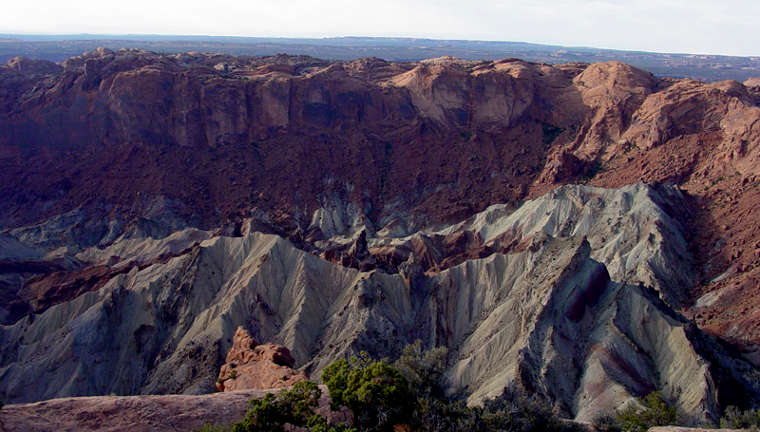 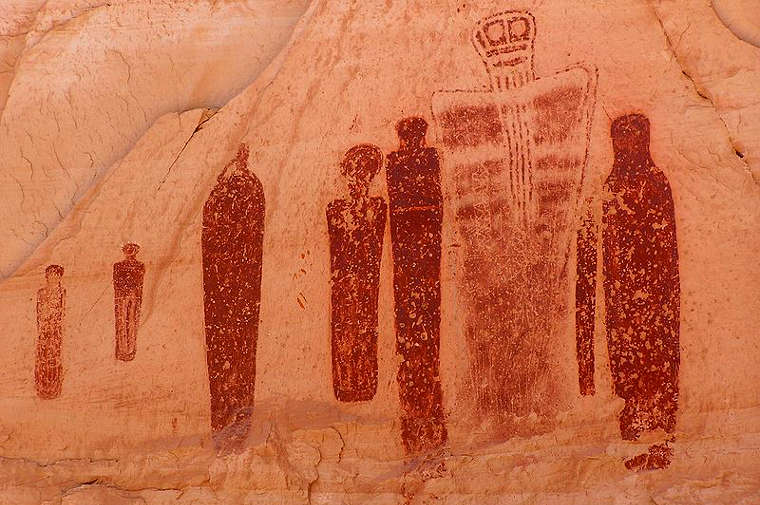 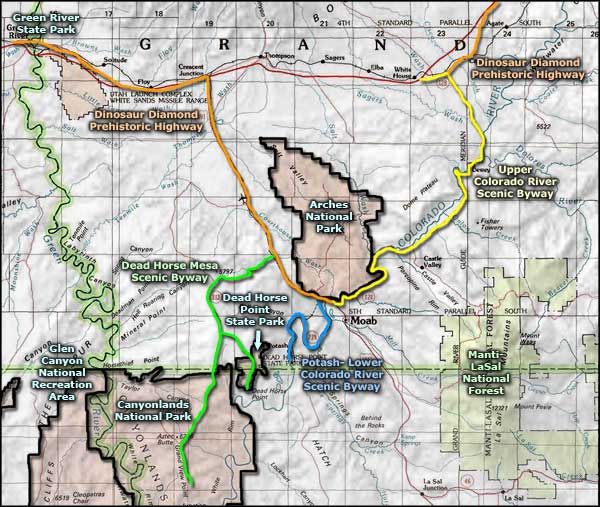