The rest of the route is still in planning stages as public trails in open spaces and state lands are being surveyed to determine how much signage might be needed, and how much trail needs to be built, in order to get from Rocky Flats to Rocky Mountain National Park. A significant number of agreements need to be worked out, too, with all the stakeholders in between.

The entire trail will be open to hikers but because of restrictions on some of the public trails along the route being combined in the overall trail, some areas might not allow biking, horseback riding or mechanized vehicles of any sort. The trail is also a mix of paved trail, side-of-road trail, bike lane and packed dirt and gravel. 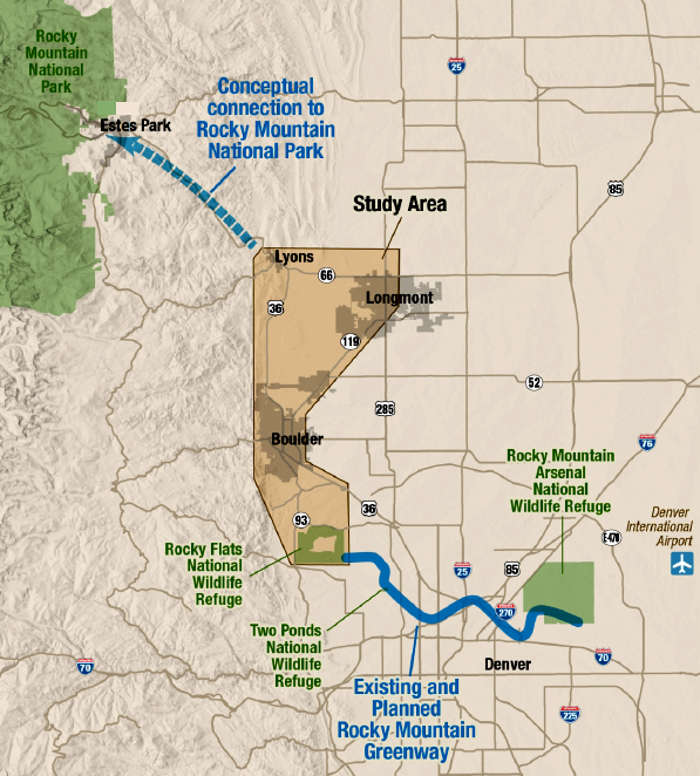