A view from the Golden Gate Bridge 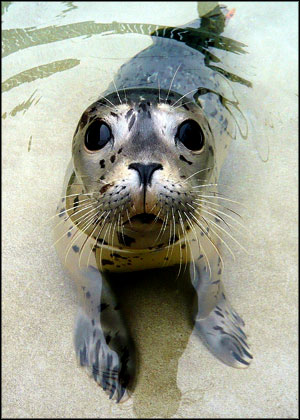 The Golden Gate National Recreation Area is an 80,002-acre collection of historically and ecologically significant landscapes in areas around and to the north of San Francisco Bay. Much of the property was formerly occupied by military installations. Golden Gate National Recreation Area is one of the largest urban parks in the world and generally sees more than 16 million visitors per year. Included in the park are non-contiguous areas stretching from southern Marin County to northern San Mateo County and includes several areas in the city and county of San Francisco. Among the popular attractions included in the park are Muir Woods, Alcatraz Island, Fort Point, the Presidio of San Francisco and Point Reyes National Seashore. Also along the 59 miles of bay and ocean shoreline are military installations and fortifications that span centuries of California history, from the earliest Spaniards to Cold War-era Nike Missile sites.

In 1972, President Richard Nixon signed a bill "to Establish the Golden Gate National Recreation Area." That bill allotted up to $120 million to buy and develop the land necessary. The path to "National Recreation Area" was followed because that did not require contiguous land holding like the "National Park" designation does. So the National Park Service first bought Alcatraz and Fort Mason from the US Army. Then the Nature Conservancy negotiated and bought a failed development project in the Marin Headlands (Marincello) and transferred that land to the National Park Service. Since then, the National Park Service has continued to add land and sites bought from the US Army, corporations and private landowners. Among the acquisitions were the historic Sutro Baths and Cliff House in the Ocean Beach area of San Francisco, and Sweeney Ridge in San Mateo County. Other properties already held by the NPS, like Muir Woods National Monument, were incorporated into the greater park. Also included were many decommissioned Army bases and fortifications like Fort Baker, Muir Beach Overlook, Fort Funston and Fort Miley.

San Francisco from the Marin Headlands

On some of the lands now under the administration of the Golden Gate National Recreation Area are institutions like the Headlands Center for the Arts (an internationally recognized artist residency program offering performances, discussions, lectures and exhibits) and the Marine Mammal Center (one of the world's foremost research, rescue and rehabilitation centers for marine mammals).