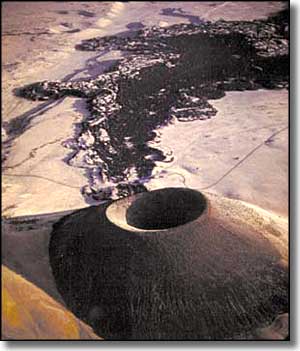 Along the San Francisco Peaks Scenic Road you'll see life zones that vary from high altitude desert to subalpine forest. Near the top of Humphreys Peak (Arizona's highest point at 12,633') is the only alpine tundra found in the State of Arizona. The hills and mountains along the route are all volcanic in nature, part of the more than 600 cones that populate this dormant volcano field. The major part of San Francisco Peaks (to the east of the route) is included in the Kachina Peaks Wilderness. Kendrick Mountain (to the west) is part of the Kendrick Mountain Wilderness. Most of this area is vegetated with pine and fir forest interspersed with oak and juniper and broken up with miscellaneous lava flows.

A large part of this region figures prominently in the Hopi, Zuni and Navajo religions. The Hopis believe their Kachina gods dwell within these mountains. The Hopi, Navajo and Zuni have ancestral traditions that recount when the last eruptions occurred at Sunset Crater almost 1,000 years ago.

It was in studying this countryside that biologist C. Hart Merriam arrived at his "life zones" concept (that altitude and temperature have a major effect on the types of plant and animal life found in an area). It was a controversial idea when he first published it in the 1890's but the idea is widely accepted as fact today.

Along the route are several other side attractions: Lava River Cave (site of a 3/4-mile long lava tube that has been thoroughly explored by spelunkers) and Harts Prairie (a 245-acre property of The Nature Conservancy maintained as a nature preserve because of the variety and nature of many of the plants and animals found on this biological "island" in the volcanic field) are prime among them.

Beyond the turnoffs to Kendrick Mountain you'll come into the area that was heavily impacted by large wildfires in 1996. There are still many stumps and snags visible along the road but the Ponderosa pines are recovering and quaking aspens have done really well in reclaiming their turf (conifers tend to crowd out the aspens but wildfire activates the aspen seeds and they rush to take advantage of the newly opened space above ground). In many areas, you'll see stands of aspen that are all the same height: aspens mostly propagate through root sprouting and each stand is most likely composed of one central organism rising from the same seed. As beautiful as the area is in spring and summer, the aspens really stand out in the fall when the leaves are changing.

It's in the burned area that the road starts to descend to the general level of the Colorado Plateau (meaning you're coming down off the raised magma dome of the volcanic field). You'll know because the vegetation and ground surface change to rocky outcroppings spotted with clumps of wildflowers (in season). Shortly you'll come to the road junction with State Route 64 and begin that final 22-mile drive to the Grand Canyon. 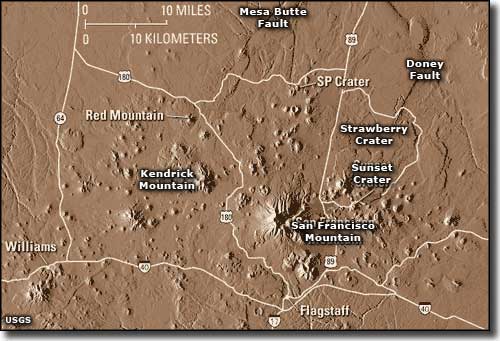 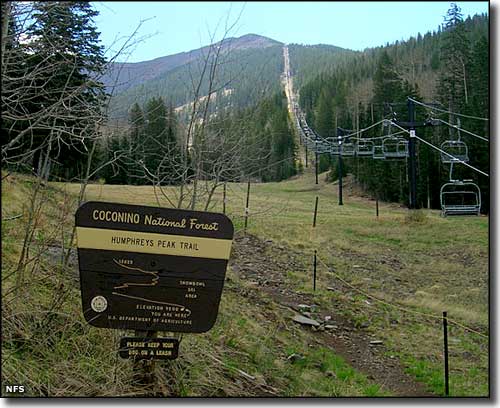