The Kenai River along the Sterling Highway 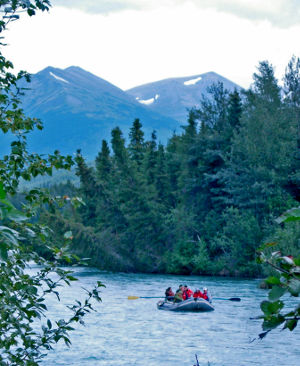 The Sterling Highway was first opened for public travel in 1951 and is still the principal route on the Kenai Peninsula. Previous to the highway, all cross-country travel was either by foot, horseback or dogsled. Most settlements along the route were begun by gold miners in the 1880's, although Homer seems to have begun life as a coal camp. The Cook Inlet Coal Fields Company established the town site back in the 1890's and built a dock, coal mine and railroad leading from the mine to the dock. There's still a lot of coal in the area but mining of it stopped during World War II. The town's name came from a "Homer Pennock" who came to the area in 1896 to promote a gold mining company. But there has been very little gold found on the Kenai Peninsula, especially that area around Homer.

With more than 5,000 people, Homer is the big city in the area. Homer is home to the Alaska Islands and Ocean Visitor Center, co-hosted by the Alaska Maritime National Wildlife Refuge and the Kachemak Bay Research Reserve. The town is a regular stopping point for ferries plying the Alaska Marine Highway. The Kenai Peninsula is also home to more than 15 of Alaska's state parks. In total, the Sterling Highway runs 142 miles from Seward to Homer. Two sections of the highway are designated as Scenic Byways. 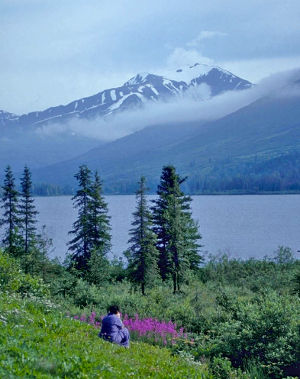 The part of Sterling Highway that connects Skilak Lake with Sterling Wye on the Seward Highway is a 38-mile segment of the road known officially as the "Sterling Highway Scenic Byway - North Segment." A lot of that designation has to do with the views, a lot to do with the many opportunities along the road to experience "real Alaska" with excellent access to Chugach National Forest and Kenai National Wildlife Refuge. This section of the road gives access to the Russian and Kenai Rivers: two of the finest freshwater salmon fisheries on Earth. The Kenai River is probably the most popular sport-fishing destination in Alaska, not for the number of fish in the river but for their size: a typical king salmon can weigh more than 40 pounds while rainbow and Dolly Varden trout often reach 30" lengths. The Kenai River also doubles as an excellent rafting river with single and multiple-day float trips offered. 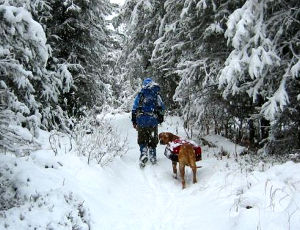 The Resurrection Trail, one of the most popular hiking trails in Alaska is here. Folks travel the route year-round: because this is the southern side of Alaska, the winters are wetter and a fair bit warmer than up north. Summer visitors often take the looped side-trip down Skilak Lake Road: it's only 18-miles long and travels through the Skilak Lake Special Management Area which offers more camping, canoeing and fishing opportunities.

The "Sterling Highway Scenic Byway - South Segment" runs 23 miles from Anchor Point through Homer to end on Homer Spit at the Alaska Marine Highway ferry terminal. This route offers great views across Cook Inlet before the panoramas open out on Kachemak Bay. This area offers the finest in saltwater fishing as Homer and the Spit are promoted as the "Halibut Fishing Capital of the World." 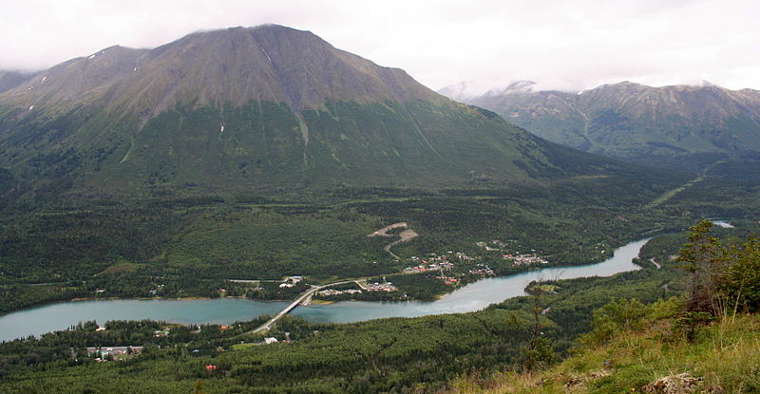 Cooper Landing, on the Kenai River 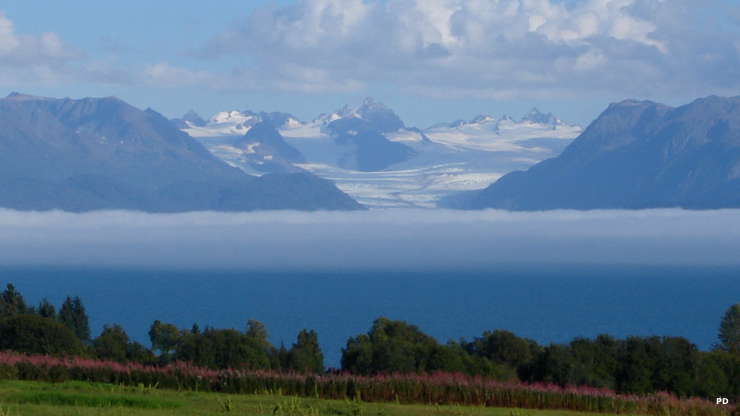