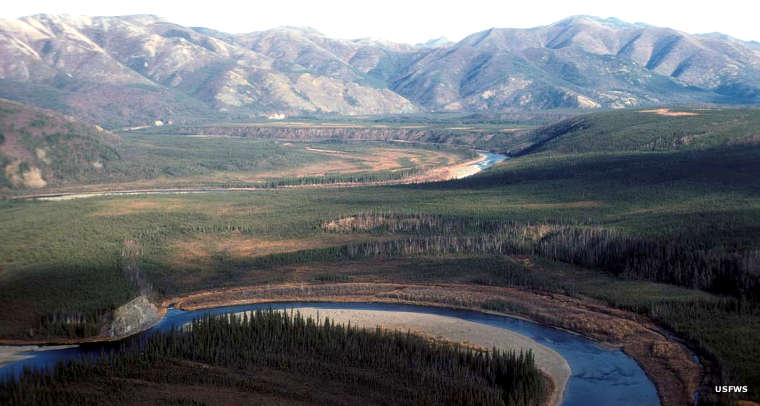 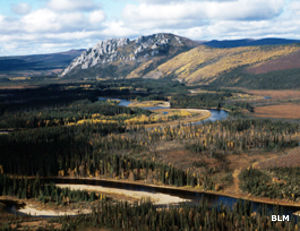 About three hours drive from Fairbanks and just off the Steese Highway is the primary put in point for floating the Beaver Creek Wild & Scenic River. From that point a paddler could spend the next three weeks floating downstream without passing under a bridge. That said, once you put in, you're committed to float all the way to the Dalton Highway bridge, unless you've made prior arrangements to be picked up by float plane somewhere else along the river.

The usual pick up point is near the mouth of Victoria Creek, about mile 111 and six or seven days into the float. For most folks, it's another two weeks from there to the Dalton Highway: 360 miles from road to road.

Beaver Creek is a 180-mile-long tributary of the Yukon River. The Wild & Scenic River designation spans 111 miles of the river in the White Mountains National Recreation Area with the final 16 miles on Yukon Flats National Wildlife Refuge. 50 miles further downstream Beaver Creek merges with the Yukon and heads for the Bering Sea along a widely meandering course. The float trip on this clear-water stream with modest Class I rapids and incredible scenery is very popular.

The White Mountains get their name from the massive white limestone cliffs and ridges that make up the range. In some areas the layer of limestone is several thousand feet thick. The tree cover is boreal forest: lots of white spruce and paper birch. A problem in the upper river is the gravel bars: they constantly move and shift. If the water is too low, the gravel bars also mean lots of difficult short portages. A good rainstorm upstream changes everything. Overhanging vegetation, submerged trees and stumps, and logjams are the biggest hazards. All that said, most folks do their camping on the higher gravel bars along the river, where the grizzlies and black bears, the moose and the caribou hang out.

Fishing for Arctic grayling in the upper river and for northern pike in the lower river are said to be "Outstanding!" There are also plenty of sheefish, burbot and salmon the whole length of the river. 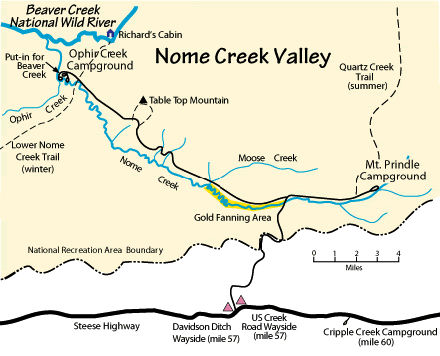