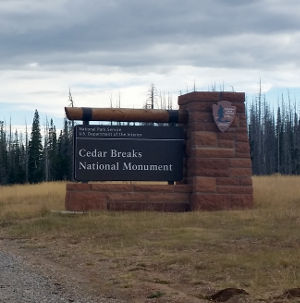 Cedar Breaks National Monument encloses a spectacular natural amphitheater more than 3 miles wide and up to 2,000' high on the western edge of the Markagunt Plateau. The Markagunt Plateau is on the western edge of the greater Colorado Plateau and is made of the same materials as Zion National Park: shale, limestone and sandstone that were deposited at the bottom of ancient Lake Claron around 60 million years ago. As the land rose and fell under the influence of tectonic and volcanic forces, those materials were compressed by succeeding overlying layers of sedimentary and volcanic materials. Then they were uplifted a final time and what we see today is what has been exposed by wind, water and ice erosion since then.

Erosion continues today at the rate of about 2" every 5 years. The top of the plateau is still in place as it is composed of a hard rhyolitic tuff that was spread across the countryside by large volcanic eruptions some 28 million years ago. The rock is red, yellow and purple because the living creatures in that ancient lake concentrated iron and manganese in their bodies. When they died and fell to the bottom, that iron and manganese was deposited in the sediments of the lake.

Cedar Breaks National Monument was established in 1933. Back in those days, a visitor's lodge was built near the south end of the canyon. That was razed in 1972. There is a newer visitor center located on the canyon rim but at an elevation around 10,350', it is only open from June through October. The upper elevations of the property are usually snowed in from October through May. There is also a campsite near the canyon rim and several hiking trails in the monument. 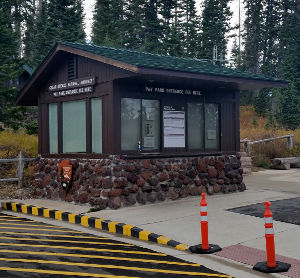 In 2006, a legislative proposal to expand the monument to include the Ashdown Gorge Wilderness (at the foot of the natural amphitheater), the nearby Flanigan Arch and some private land, and then rename the whole Cedar Breaks National Park was under consideration. To date, there doesn't seem to be anything happening with it. There is also a proposal awaiting Congressional action to designate about 80% of Cedar Breaks National Monument as wilderness.

The Cedar Breaks National Monument Visitor Center is open from 9 am to 6 pm daily between early June and mid-October only. Snow can begin to pile up anywhere from late October to early December and that's when the road is closed. Snow often remains through late May/early June. When the snow is gone the road opens again. In the time period between, if there's enough snow on the ground to support snowmobiling and cross-country skiing, that is allowed.

A view from the Chessman Ridge Overlook

A view from the sunset View Overlook 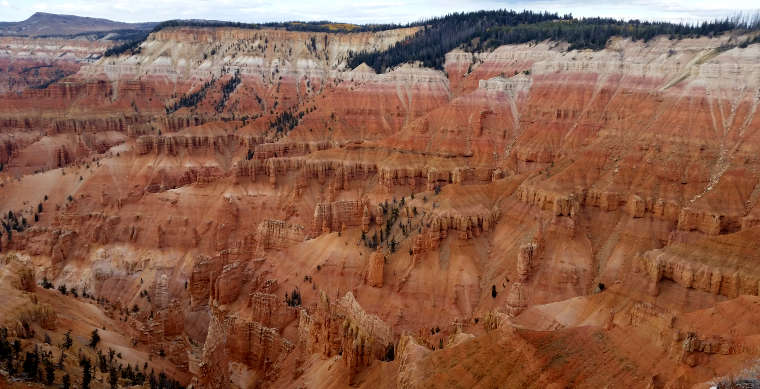 A view from Point Supreme Overlook 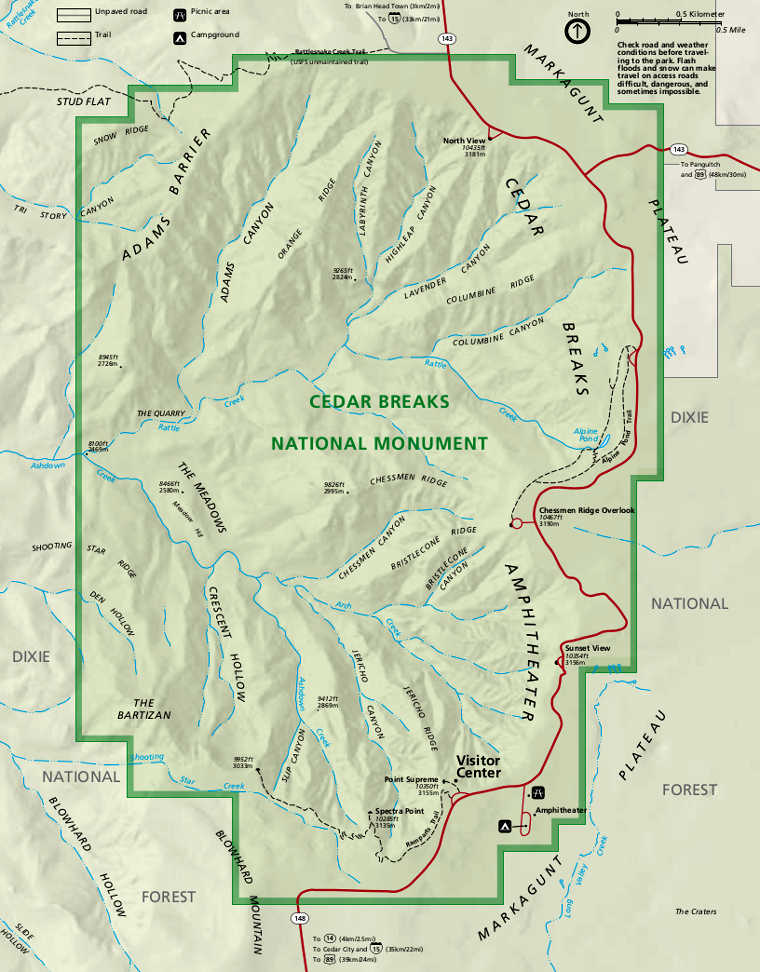 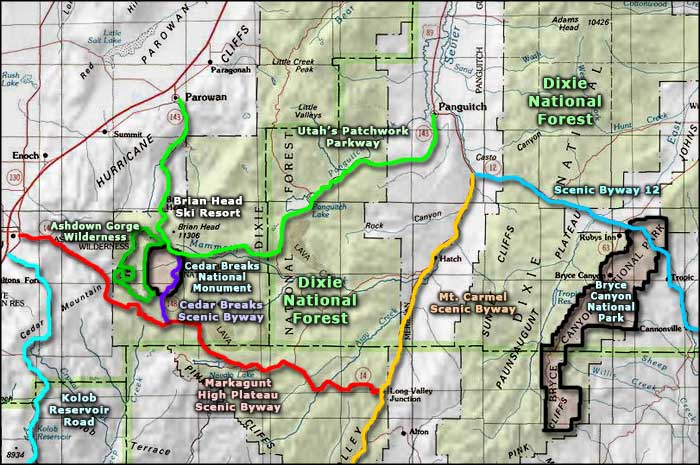