Established in 1907, Shell Keys National Wildlife Refuge is somewhat of an ephemeral property: the land mass is constantly changing with tides and storms. There was a time when there was some acreage above mean high tide but today, that acreage shifts with every tide. There is no real plant or animal community, not much in the way of mammals or insects. The property is pretty much given over to the sole use of migratory shorebirds and whatever food they can find in the shallows around the islet(s).

The name comes from what is probably the last islet in the area: it is composed almost completely of shells and shell fragments. As much as the refuge sees plenty of migratory birds passing through, none have nested on the islet since 1992. Depending on the weather, the islet is often awash at high tide. Other islets come and go in the area regularly. The boundary of the refuge is set at a distance from where the islands occur but it generally only applies to whatever land may be above mean high tide at any given point in time. The property is considered remote and visitation is almost nil. US Fish & Wildlife personnel do visit from time to time to ensure that the pristine nature of the area is not compromised. 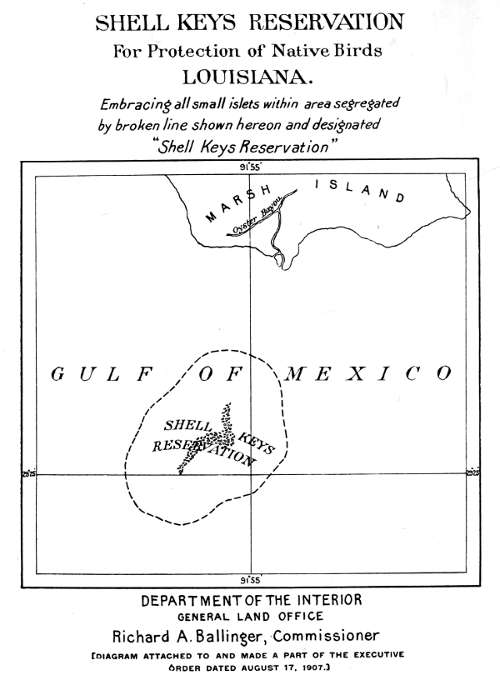