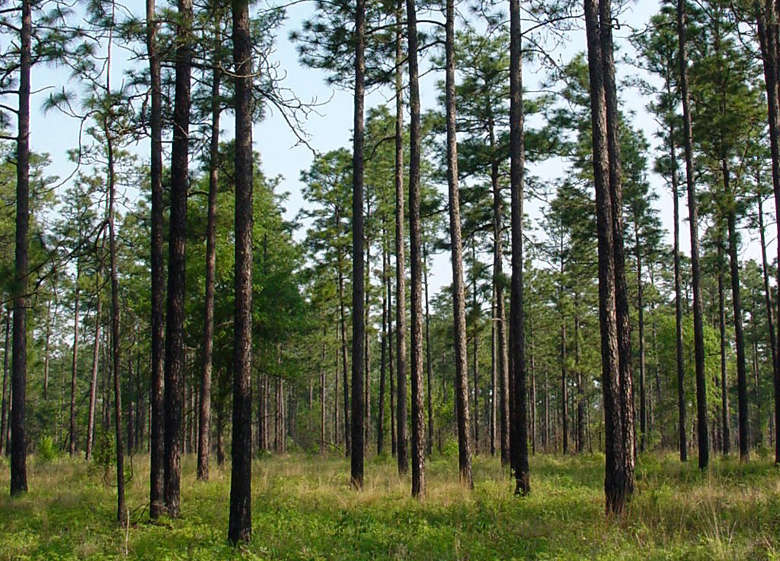 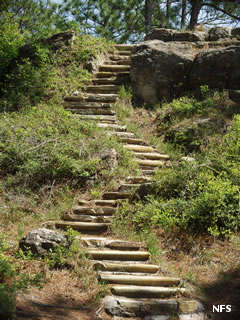 Kisatchie National Forest is a 604,000-acre property spread across seven parishes in north and central Louisiana. The forest is one of the largest pieces of natural landscape left in Louisiana. That said, the forest is divided into five non-contiguous ranger districts separated from each other by expanses of private land. Biologists have found 48 species of mammals, 30 species of amphibians, 56 species of reptiles and more than 155 species of birds that either breed on the property or over-winter there. For humans there are more than 40 developed recreation sites and more than 100 miles of trails.

During World War II Camp Claiborne was established on 23,000 acres of the Evangeline Unit of the Calcasieu Ranger District of the forest. At the time Camp Claiborne was the largest military installation in the United States and the third largest city in Louisiana. The camp was used for training soldiers for different aspects of war, such as building and maintaining railroads and survival in sub-tropical regions. Toward the end of the war the camp housed German prisoners of war. After the war, the US Air Force used parts of the camp for bomber training, especially the buildings at the center of the camp. Most of the camp was transferred back to the Forest Service in 1948 but the bombing range area is still being surveyed to determine if it's possible to remove the unexploded ordnance on the property.

Saline Bayou is a waterway on the forest, a tributary of the Red River and the first blackwater river in the American south to have part of it (19 miles) designated as a National Wild and Scenic River. The river flows for 100 miles, mostly through cypress hardwood bottomlands. It's a very popular float for folks in canoes.

The Kisatchie Ranger District is where you'll find the 8,769-acre Kisatchie Hills Wilderness. The area is known locally as "Little Grand Canyon" and is topographically different from the rest of Louisiana with unusually steep and rugged terrain, sandstone bluffs and outcroppings, flat-topped mesas and distinct forest ecosystems.