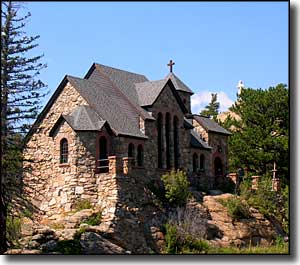 The photos on this page were all taken on a Friday afternoon in late August (after leaving a meeting in the Google office in Boulder I came here). Once I got past Blackhawk there was hardly any traffic, although there were a lot bicyclists along the way. And up near Allenspark I came across the Saint Malo Sanctuary, a pleasant surprise at the eastern foot of Mt. Meeker, one of Colorado's 100 highest peaks. I followed Route 7 right down into Estes Park where the traffic was as bad as it would be in any small city at the edge of a major National Park (Rocky Mountain National Park)... 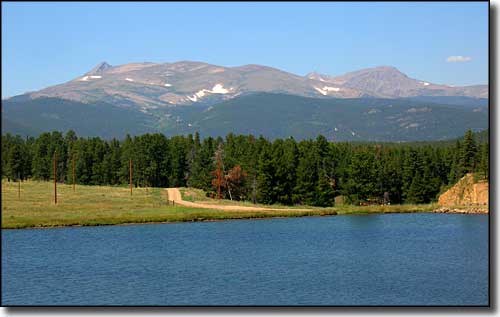 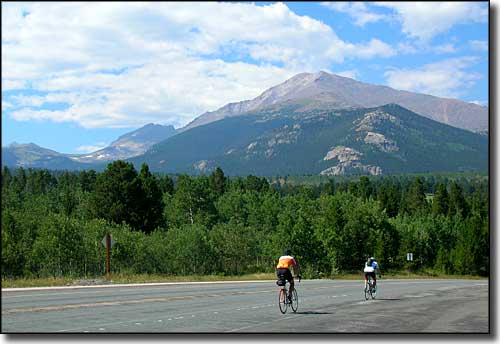