Outfitters on the river need a Colorado river outfitter license and a BLM commercial permit (preferably on their person). There are day-use and overnight fees for accessing the wilderness. Folks going into the wilderness must register at either the Gunnison Forks, Duncan, Bobcat or Ute trailheads or at the Chukar river put-in. Maximum group size is 12, maximum stay is 2 nights, no campfires are allowed and bring a portable, reusable camp toilet. Pack it in, Pack it out. Bag limit on brown trout is 4 but all rainbows you catch must be released immediately. Fishing is with artificial flies and lures only.

Rafters, kayakers and whitewater canoeists find the Gunnison Gorge to be a world-class remote, technical experience. Most of the water is rated Class II to Class IV. If you run into a problem, you're in serious trouble. In the Gorge, rescue is very difficult. From the Chukar put-in to the take-out at Gunnison Forks (the confluence of North Fork of the Gunnison River and the Gunnison River mainstem) is about 15 miles of often rocky adrenaline rush. When water flows are below 800 cfs or above 5,000 cfs, the river is very dangerous.

There are day-use, camping and recreational user fees charged in the Gunnison Gorge Wilderness. A major part of those fees goes to pay for control of tamarisk and other invasive plant species in the Wilderness Area.

Within the Gunnison Gorge National Conservation Area are numerous prehistoric and historic cultural sites. There are mines, old homesteads, campsites and rock art sites on the property. The Gunnison River itself is classed by the Colorado Division of Wildlife as a Gold Medal Trout Fishery owing to the excellent population of rainbow, brown and cutthroat trout. Observers will also find mule deer, elk, ringtail cats, coyote, small mammals, raptors, neo-tropical birds, river otter, sage grouse and chukar partridges in the area. There are a number of sensitive (threatened or endangered) species in the area, including a 200-300 bird population of Gunnison sage-grouse managed under a special Partnership Conservation Plan.

Outside the Gunnison Gorge Wilderness Area, motorized recreational use is allowed, as is domestic sheep and livestock grazing on specific allotments. Mining claims and patents in existence before the National Conservation Area designation are still in place but no new claims, patents or even exploration is allowed. There are multiple hiking trails on the property but some of these are highly NOT recommended for horses because of particular very steep areas, mostly in the last half-mile of the route as the trail approaches the river's edge.

Gunnison Gorge from the rafter's viewpoint 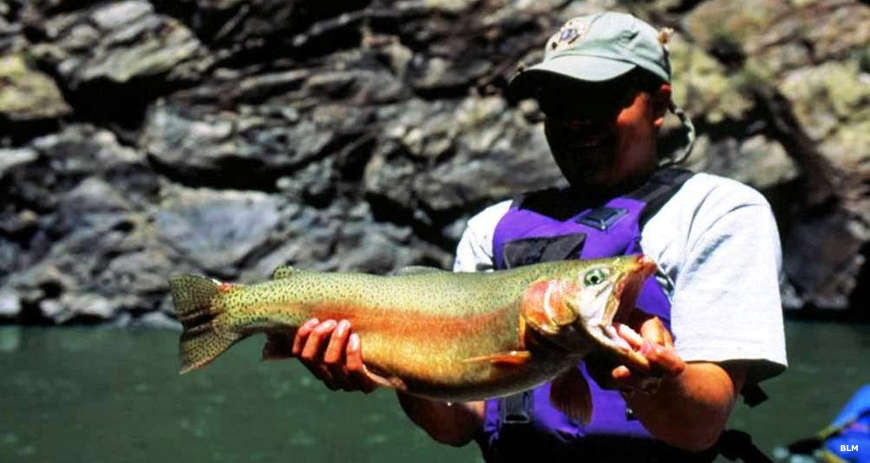