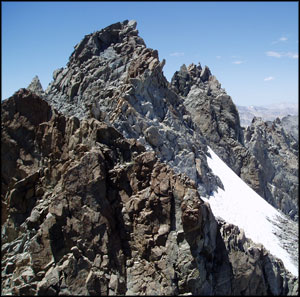 With 57 peaks reaching higher than 13,000 feet, John Muir Wilderness contains some of the most spectacular areas of the Sierra Nevada Mountains. The wilderness extends north and south from the boundary between the Sierra and Inyo National Forests with most of the property managed by Inyo National Forest. A large portion of the wilderness is above treeline ( which is generally somewhere in the 9,600 to 10,800 foot range) and offers many scenes of dramatically shaped granite sculpted by ancient glacial action. The Palisade Glacier, the southernmost true glacier in the United States, is located high in the wilderness. Containing large areas of alpine meadows and tundra, John Muir Wilderness is also the largest contiguous area above 10,000 feet in the United States. Below treeline the area is dominated by lodgepole pine and below the lodgepole forest are huge areas of Jeffrey pine.

With more than 589 miles of established trails (including segments of the Pacific Crest and John Muir Trails), John Muir Wilderness is the second most-visited wilderness in the United States. That means trailhead quota systems designed to limit the number of daily visitors and the number of people on overnight visits to the property. Also in the wilderness area is the California Bighorn Sheep Zoological Area, a place set aside for protection of the endangered species. 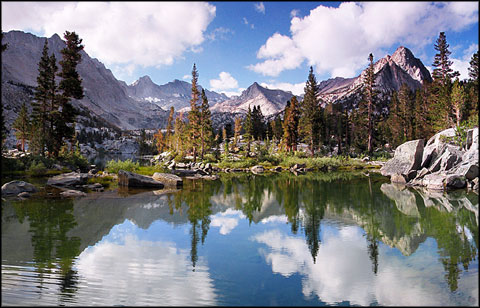